How to sensitize a team to correctly formulate a problem Philippe Bossuet and Christophe Merlen are both Lean Agile coaches at the Thales Group, a world leader in aerospace, security and defense technology. While Philippe is based in Toulouse and works with Thales Alenia Space, Christophe supports the DMS (Defend Mission System) engineers from Paris.

While helping internal teams to implement more agile practices in their projects, Philippe and Christophe identified a growing structural need among employees: being able to formulate their problems the right way, to find the right solutions. The solution they have implemented has brought them a considerable ROI, as well as improved team engagement.

When the pandemic made remote work a necessity in 2020, Thales teams in France were split between several sites. Philippe and Christophe were then both working in the same entity. With one initial Klaxoon Board, they set up a system for the teams to give asynchronous feedback about the problems encountered by the engineers in their projects.

The first feedback they collected through this Board showed them that they needed to improve the teams’ problem formulation skills the Lean way. Among the stumbling blocks, Philippe and Christophe identified a tendency to define problems from the perspective of feelings, or to project into a type of solution that was not suitable.

We both wondered how we could make as many people as possible at Thales aware of how to formulate a problem the right way.

To this end, they decided to develop a 1-hour serious game workshop. Using Klaxoon tools, Philippe and Christophe were able to offer a memorable, hybrid interactive experience to educate teams about problem-solving.

The solution: sensitize on problem-solving using a serious game on Klaxoon

To train the Thales teams to formulate their problems the right way, Philippe and Christophe imagined a visual playground in the form of a Klaxoon Board called “The Problem Factory”. As they point out, “we wanted to immerse the players in a fun environment [...]. Klaxoon proved to be the ideal tool to do this.”

Setting up a serious game

The game takes place jointly on Board and Microsoft Teams, so that there can easily be discussions in sub-teams. By integrating the two solutions, participants can join “The problem Factory” via Teams, and keep the Board pinned in their discussion thread throughout the activities.

At the beginning of the game, Philippe and Christophe bring the participants together by video on the Board, whether they’re on site or remotely. Ideally, a game has 10 players, or 2 sub-teams of 5. With a challenge launched between these sub-teams, the coaches foster a competitive spirit to stimulate and energize the group. The principle is simple - “teams have to successfully reformulate the problems they encounter”.

Challenging each other throughout the game in sub-teams

The workshop begins by introducing the participants to each other. Then, everyone shares their photo and their name in an idea on the Board, in a specific space. For Philippe and Christophe, the benefits are twofold: breaking the ice by getting to know each other, and seeing if the participants know how to use Klaxoon, and help them if necessary.

Then, the participants are divided into sub-teams, while Philippe and Christophe take on the role of coaches. Throughout the game, players focus on a fictional project: their mission is to look at problems revealed by the coaches, then reformulate them using the 5W2H method to make them relevant and actionable.

For 30 minutes, the sub-teams hold discussions in breakout rooms in Teams, while staying connected to the main Board, where the problems submitted by the coaches are displayed. Two teams can actually work at the same time on a Board, using their own specific space. Philippe and Christophe then each follow one sub-team, which makes suggestions for structuring the problems. Teams get one or more points for right answers, depending on how accurate they are. If need be, the coaches can also give the participants clues and help steer them in the right direction.

What's more, to spice up the game, Philippe and Christophe turn over an “event” card every 6 minutes on the Board for each team. These cards feature random events that penalize a team or help them by giving them bonuses. This element of surprise “is fun, it makes everyone laugh and it gets the competitive spirit going” as it makes information even easier to remember for the teams.

Once the timer sounds the end of the game, it’s time to take stock together.

Philippe and Christophe ask the participants to talk about what they have learned, and add some other tips and good practices to apply and try out afterwards. For them, this phase is important because it instills a “test & learn” approach, to add value for the teams continuously.

The goal is to teach them the mechanics of problem formulation, so that it becomes a reflex.

And of course, everyone congratulates the winning team! The coaches display the results of this workshop as an overall ranking on the Board, which helps them to generate even more engagement with records to beat.

After the workshop, the teamwork is not over yet! Philippe and Christophe gather the concepts discussed in slides, which they share with the participants. They accompany these slides with a Klaxoon Survey that they use to collect feedback. With this other tool from the Workshop Platform, they had engagement rates of around 40%, which is more than double the usual rate for surveys of this type.

The Survey includes both closed and open questions, so each participant has an opportunity to take stock of their achievements, the time that they have potentially saved with this workshop (using a ROTI), and also make suggestions to improve the workshop.

At the end of the year, Philippe and Christophe put together the best scores of the year in a Memo, which presents the winners in a short comic strip. This format is easy for them to share with the teams, reactivating the reward mechanism and reminding them of the reflexes to bear in mind when talking about problem-solving.

The result: maximized reach and impact of problem-solving workshops, both on-site and remotely

Thanks to Klaxoon, Philippe and Christophe managed to set up an effective system of remote workshops. They no longer need to travel across France to support teams, and can count on the Workshop Platform tools to increase the engagement rate of their workshops, from anywhere.

With Board, they have “a whiteboard that is just as responsive and dynamic as an in-person workshop”. The coaches managed to transpose the way the game is played, and make it both visual and accessible to everyone. Using Microsoft Teams allows them to go even further, with an immersive challenge that takes no longer than 30 minutes.

Philippe stresses that improving problem formulation skills also has a direct impact on resolving them over time. The easier it is to address a problem, the quicker and more effectively it will be dealt with by the teams to whom it is referred. Philippe believes that by accelerating this process with well-formulated problems, “several million euros have been saved” by the company.

Using the 5W2H method, both coaches ensure that workshop participants have a framework to structure their problem formulation. With the success of The Problem Factory, Philippe and Christophe plan to set up a second serious game in the future, this time based on the 5 Whys method.

It means we can prioritize these problems based on facts, and deal with the ones that are most important and have the most impact. 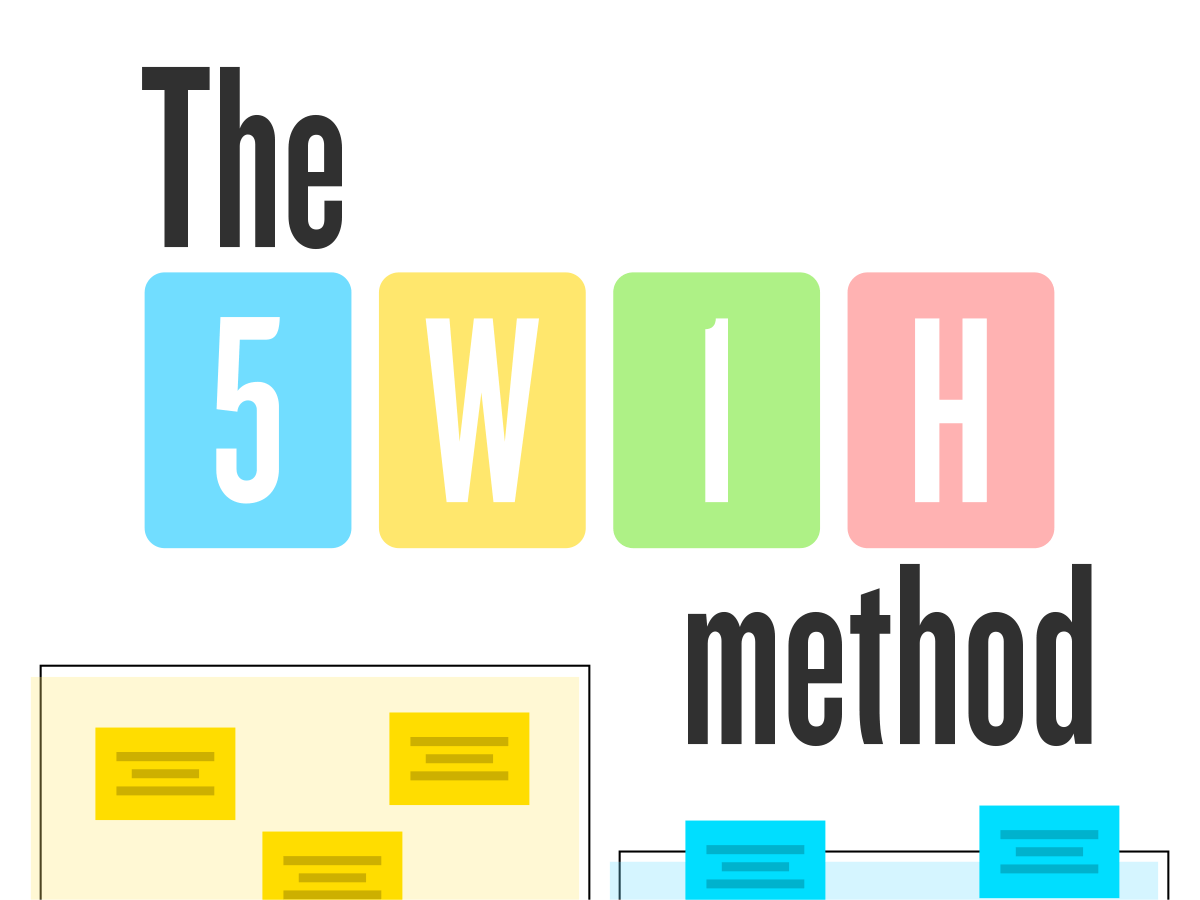 The 5W1H method: ask the right questions to find solutions as a team 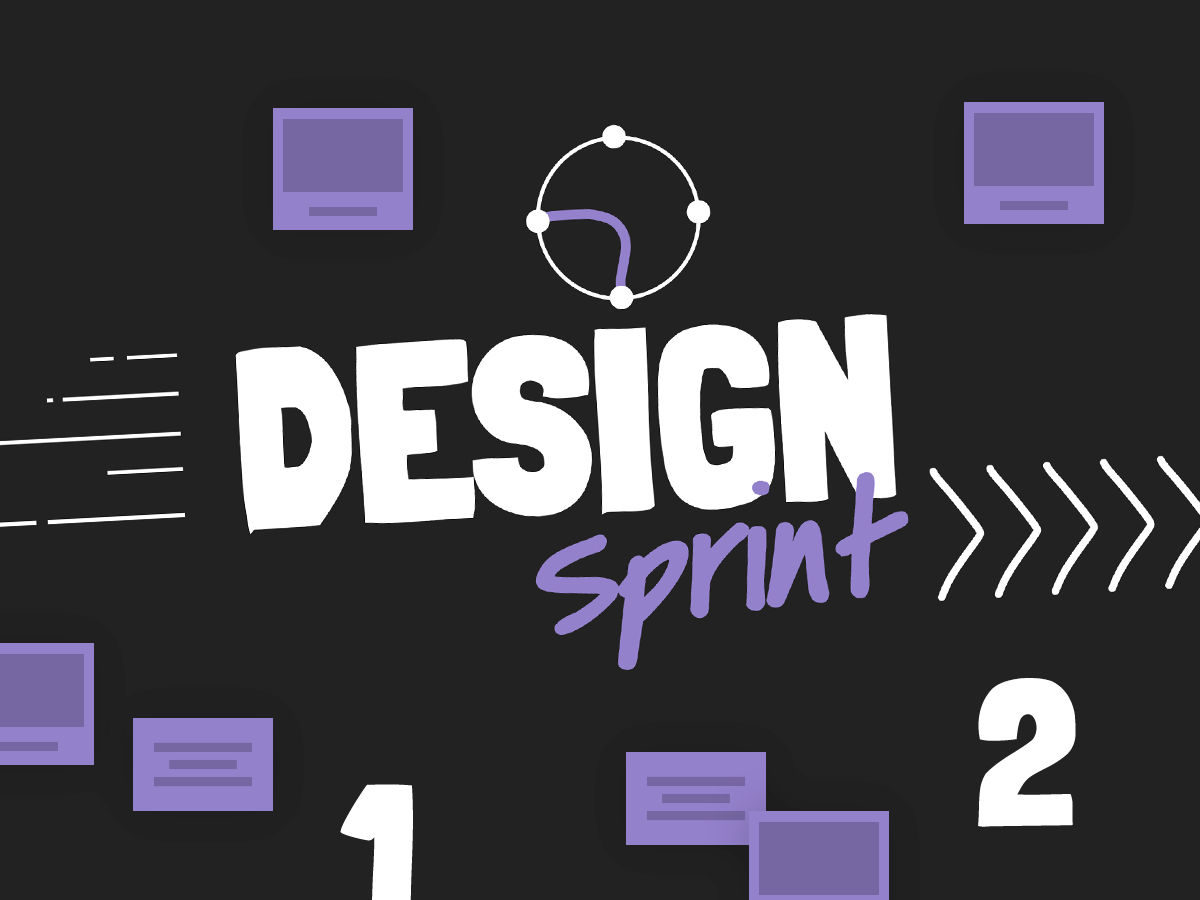 Design Sprint: how to design an innovative prototype 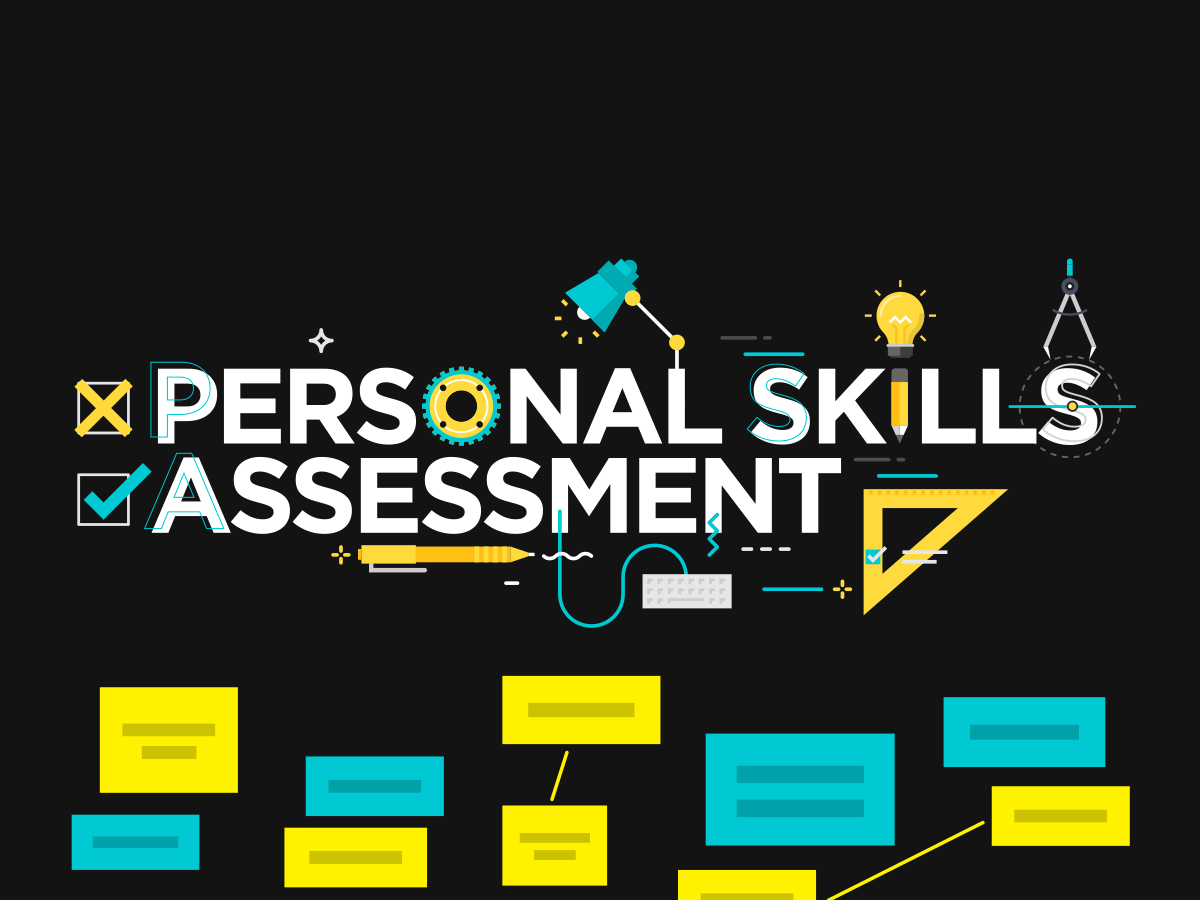 Use this template to define your next professional steps, whether for training, internal development or reconversion. 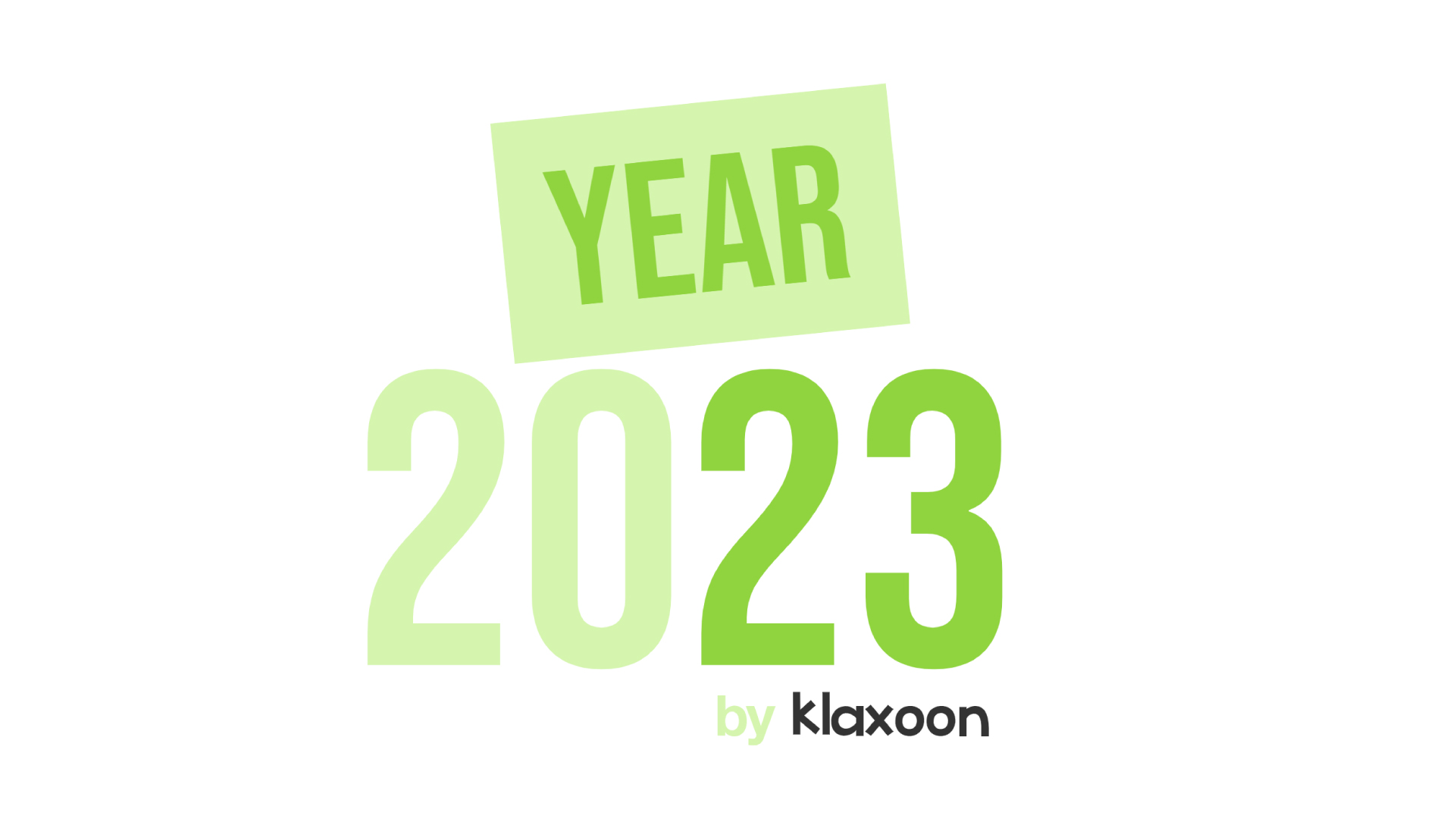 Stay connected and on track as a team with this ready-to-use monthly calendar.