3 Principles to Engage Teams in a Hybrid World 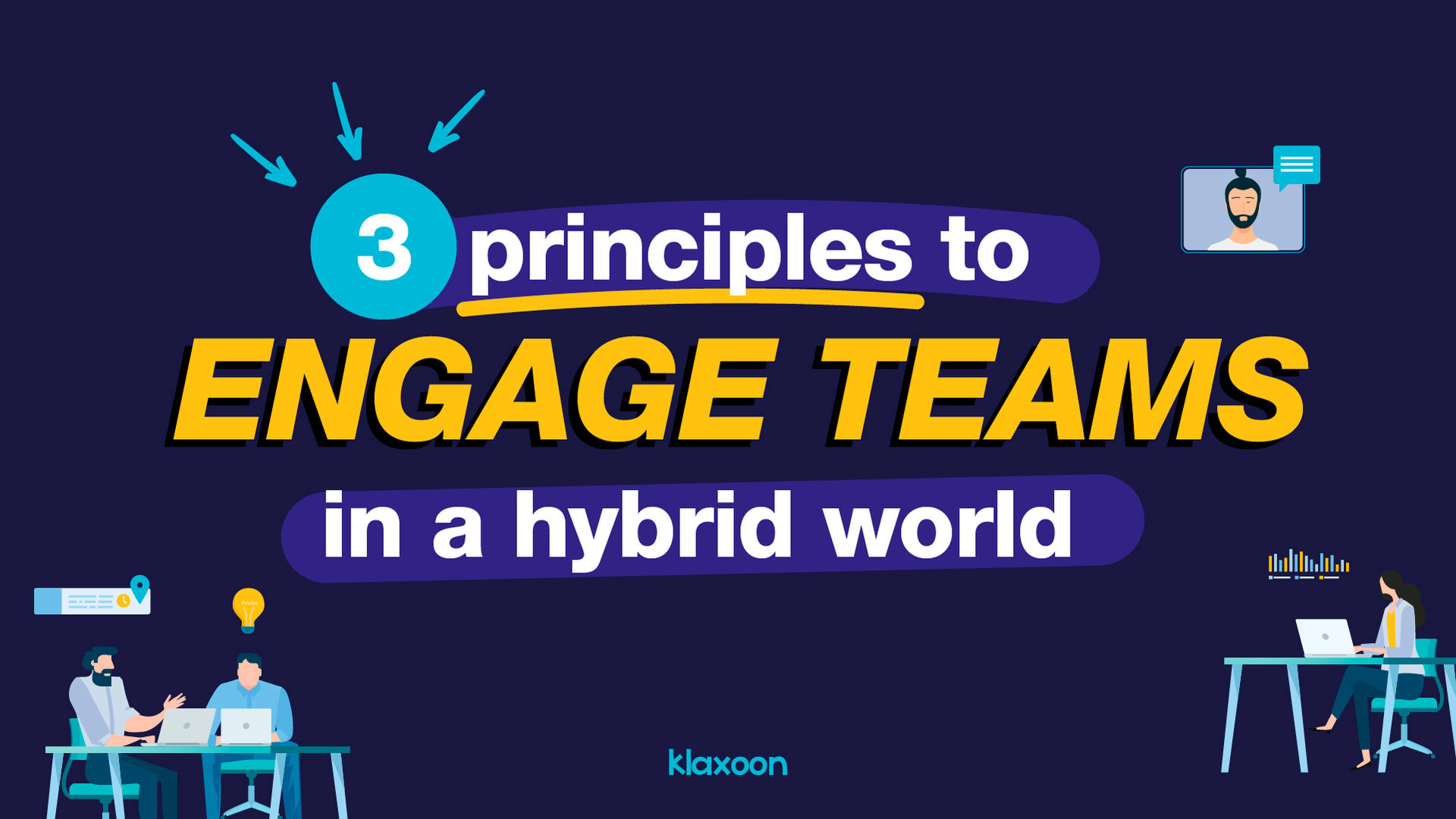 In a hybrid setting, work has been completely transformed. It is now increasingly essential to develop new ecosystems that will foster engagement. Team engagement, and its various upsides such as performance and talents’ motivation, has been the key topic for 50 ideation workshops by Klaxoon. These workshops sought to highlight best practices through collective intelligence.

Last January, Klaxoon hosted 50 remote workshops on the topic of engagement. They gathered inspiring experts and over 500 participants across the world. The outcome of these ideation sessions comes in the form of various steps and thoughts to maintain or reinforce team engagement in a hybrid world.

From all over the world, teams are facing profound challenges regarding space-time relationship to work. The suspension of in-person collaboration leaves us with what Jean Parlong, HR lecturer at EM Normandie, called some “gaps of meaning”: “A gap of meaning, it’s missing information, leaving me wondering, unable to make sense of a situation due to a lack of key resources”. Where is this colleague I can’t reach ? What is he doing ? At the office, the spectrum of possibilities is restricted to the confines of the company’s walls - and the coffee machine is never that far. However at home, uncertainty prevails, and the imagination goes wild.

There could be some similarities between work as we’ve known it thus far, and classical theater ; particularly when observing the Aristotelian three unities – space, time and action.

At the beginning of the 21st century, most of us went to the office and worked on a 9 to 5 basis. But now, following years of transformation, these three unities are being reshaped by home office and modern workplaces.

Despite the end of a single physical space – the office – it is key to maintain some sense of oneness. “More and more, we use shared workspaces, such as Klaxoon or else. They enable us to actually work together and see how we contribute to teamwork”, said another expert, Alexandre Beaussier. Partner at Humans Matter, an international cognitive design agency, he sees a direct connection between engagement and the capacity of action that these tools provide.

In order to act, there needs to be some sense of trust. Trust, as it seems, could become a psychological unit of the workspace in itself. Trust, but also empathy, open-mindedness, the ability to make mistakes, psychological safety, etc. So many terms which kept popping up during these 50 workshops, and so many answers to this simple initial question: “What does engagement mean to you?”

“Engagement is based on trust”, confirmed Fernanda Arreola, Dean of Faculty & Research at ISC Paris “So we need to ask ourselves how to make sure that our people know that we trust them.” And this begins with “exemplarity” and “coherence”, she added. Indeed, it might be tough believing someone has faith in us, when a daily cascade of emails rather screams micro-management and surveillance.

Unity of time: setting up rituals

The constant flow of unread emails, just like the abundance of endless meetings, was clearly pointed out in every workshop. The latters have a significant impact in disengaging participants, many of them arguing about its ideal timing: Twenty minutes ? Thirty minutes ? An hour ? Luckily, war on numbers has been avoided, the conversation naturally evolving towards the power of rituals, those regular meetings, our new time units of hybrid work.

Their secret of efficiency would rely on one other key number: one. As in one ritual, one objective. Clearly stated – and ideally co-defined – the objective embodies the purpose of this collective intelligence moment. A moment where every participant finds himself more engaged as he knows precisely what role to play.

A successful ritual is an interactive time, where everyone gets the ability to speak up. Around the digital whiteboard on which occured the workshops, many tips about involving everyone were raised: go around the table, provide timed speaking slots, facilitate exchanges in turns, choose various expression modes (written, oral, in subgroups, etc.), ask open questions, start with an icebreaker, and so on. During the workshops, a US journalist told how he loves to invite the people who are connected to just open their mics all together and pop in, even if there are 200 or 300 of them in the large talk shows he is hosting sometimes : “Your hear this cacophony of voices from all over the world, it’s crazy but it’s also beautiful : it’s living, breathing people just engaging with one another.” The fact is a workshop is about interacting with people. “If you go to a meeting and everyone is just reporting on what they are doing, that’s not a way to get engagement. Engagement requires discussion and interaction”, insisted Gary Shapiro, President and CEO of the Consumer Technology Association (CTA) which hosts, every year, the Consumer Electronics Show (CES). Plain “reporting”, like any other information passed on, finds itself outside of the interactive rituals – with its own timeline, asynchronous.

Working together doesn’t necessarily mean working at the same time, but rather with one single vision. It’s all about giving meaning, asserting the purpose of this collective effort.

Marie-Christine Vuong, Sopra Steria project manager, shared the following mantra: “Gather around the why, and free the how”. Meaning “establish a clear target, and let your team pick the road towards it”. Engaged around that common goal, this action unit, talents move forward together and keep on improving.

In order to fuel this dynamic, feedback (one of the key themes of these 50 workshops), is a fiery asset. Laurent Reich, Learning Tech Director and HR Data Domain Owner at L’Oréal, only vouches for “very short and regular feedback loops”: “The more feedback you get - and provide - the more you have to talk about in order to move forward together”. Yet, it must remain constructive. There’s abundant literature on the importance of learning from one’s mistakes, but we could benefit from this simple reminder too: learn from your successes - and emphasize on them, whether they be individual or collective.

When Erik Perey, Founder of E Comme…, was asked to share his good practice in terms of engagement, this customer and employee experience expert didn’t hesitate for a second: “celebrate micro-victories, celebrate efforts.” Because an engaged team “has the will to go further”and is glad to share and to meet up. Cécile Ollivon, Change Manager at BNP, even dares going further “It’s a team that people want to join, and work with”. If there was ever the need for the purpose of engaging teams, the enthusiasm of the 500 workshops participants did just that. 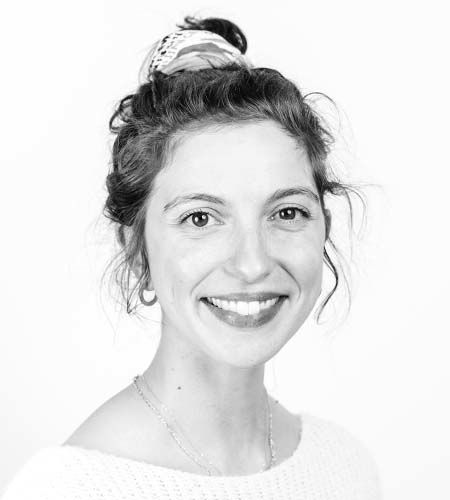 published by
Charlotte
Laurent
-
Editorial manager
As an economic journalist, Charlotte explores the world of work and its transformations. Her taste for the right word - she collects dictionaries - is matched only by her desire to inform and inspire those who read her, the Klaxoon community in particular.
Share 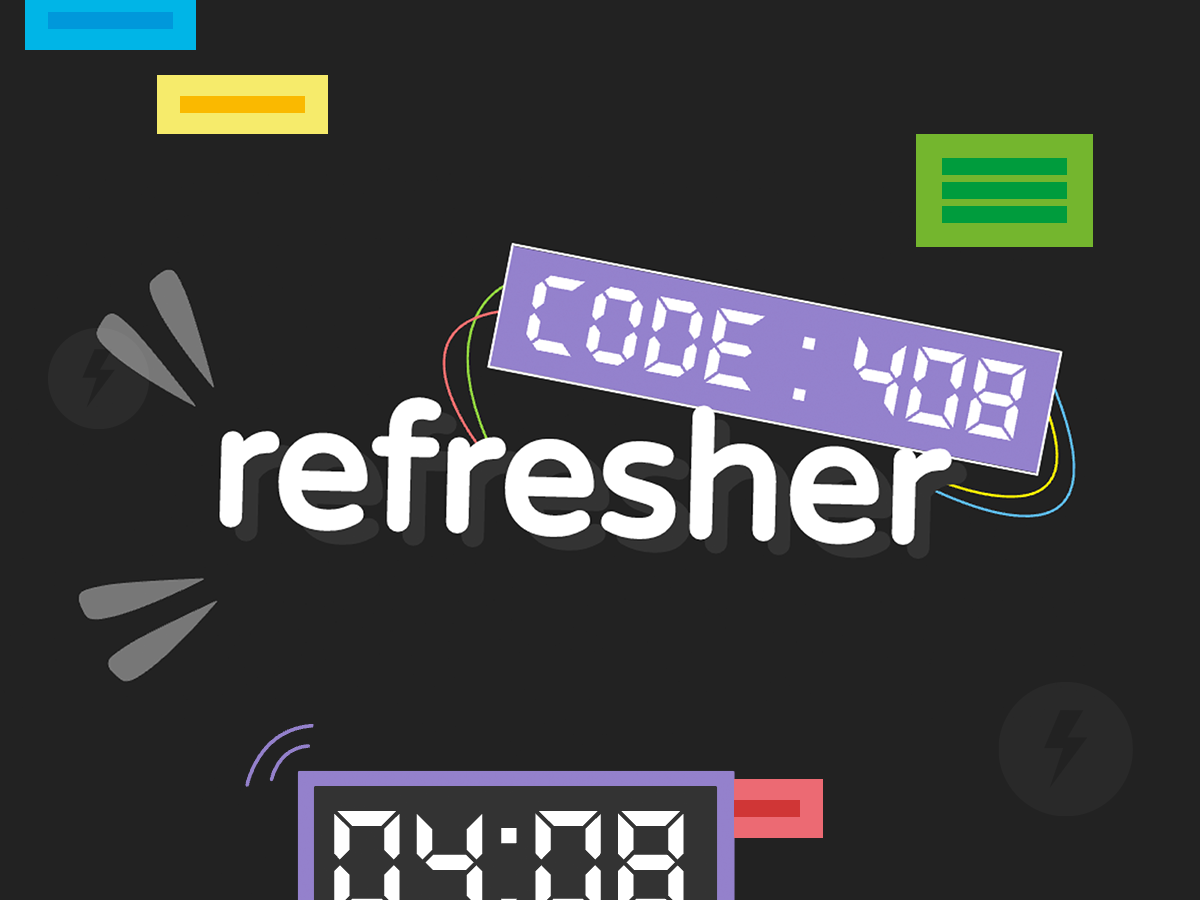 “Code 408” refresher: a team-based mission to liven up the training session and make sure the information sinks in

Between two training modules, ask your trainees to complete a challenge in 4 minutes and 8 seconds flat, to check that they remember what they've learned, and to make sure that they're ready for the next sequence. 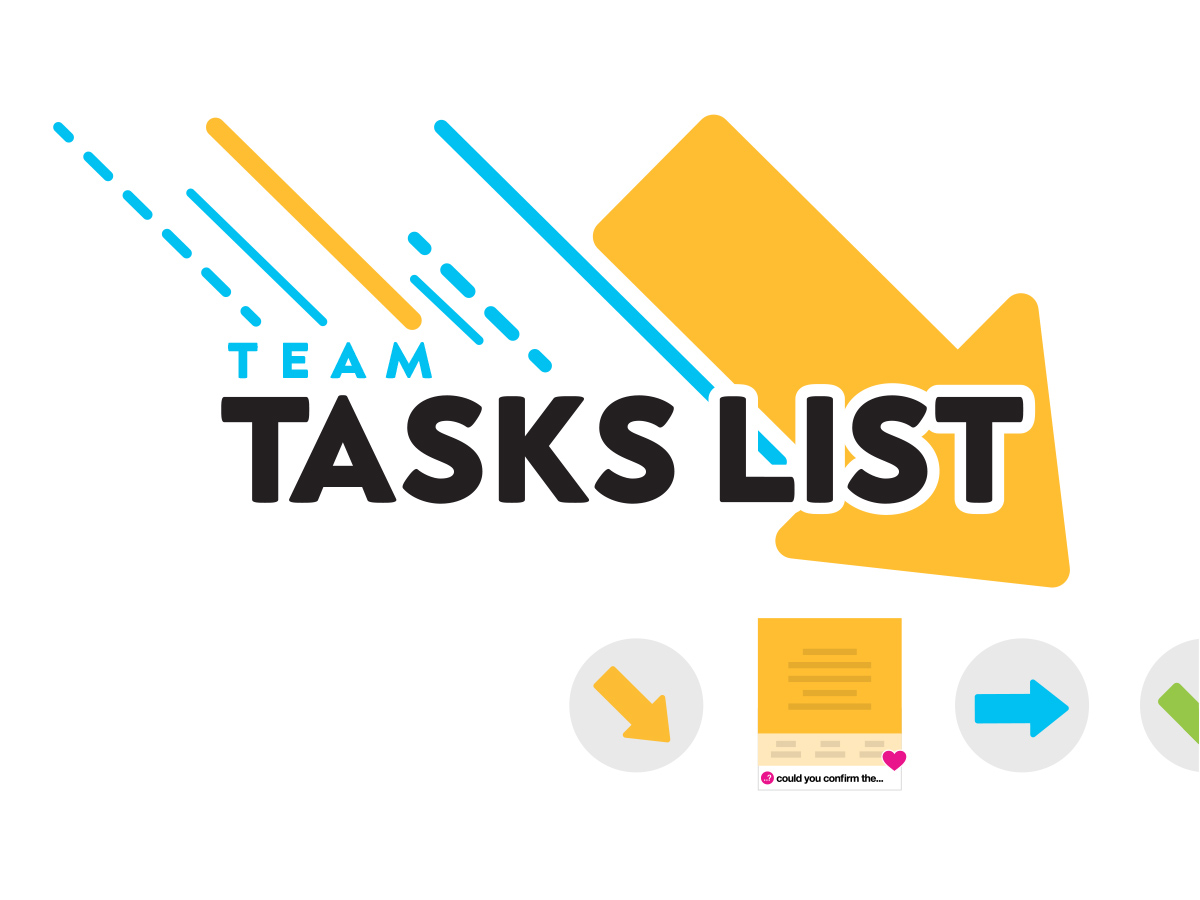 Centralize, discuss, communicate and work together on your incoming demands. 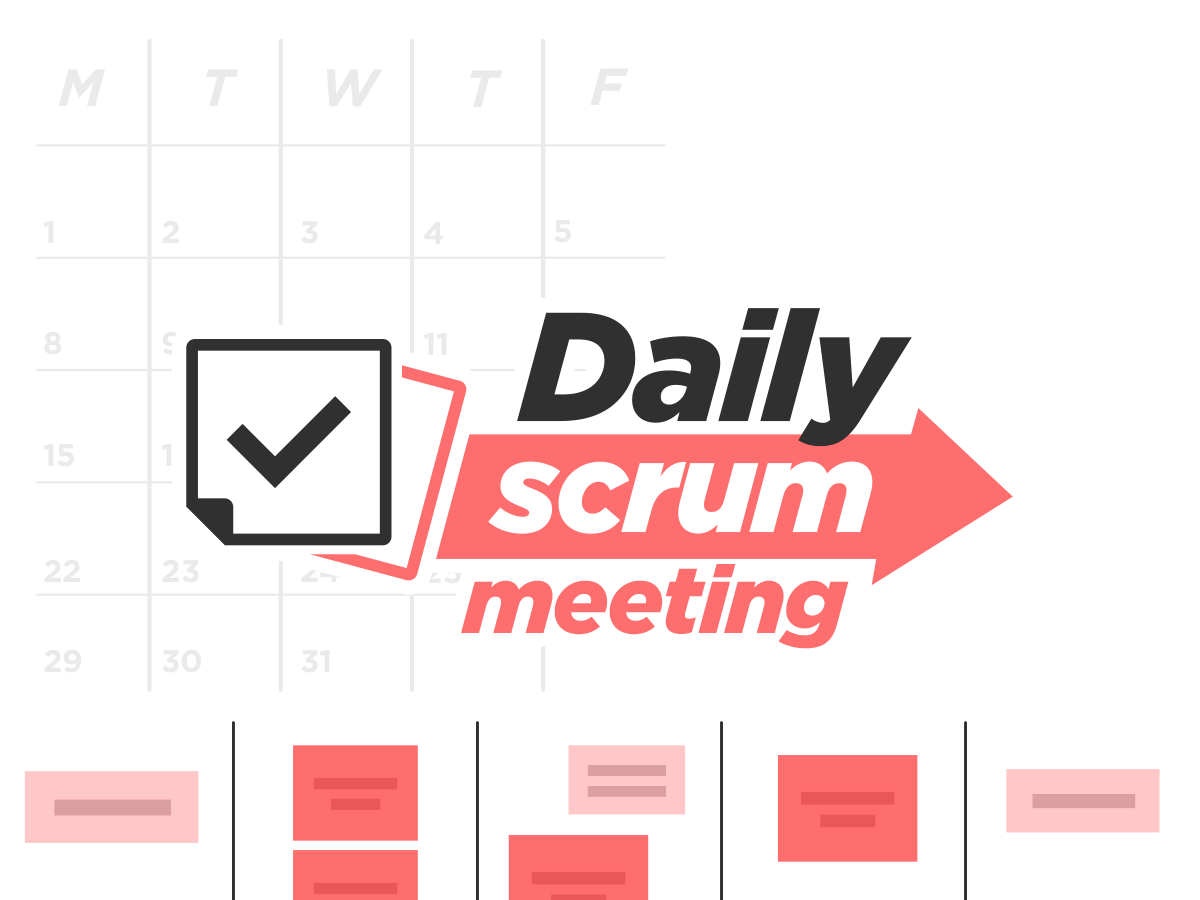