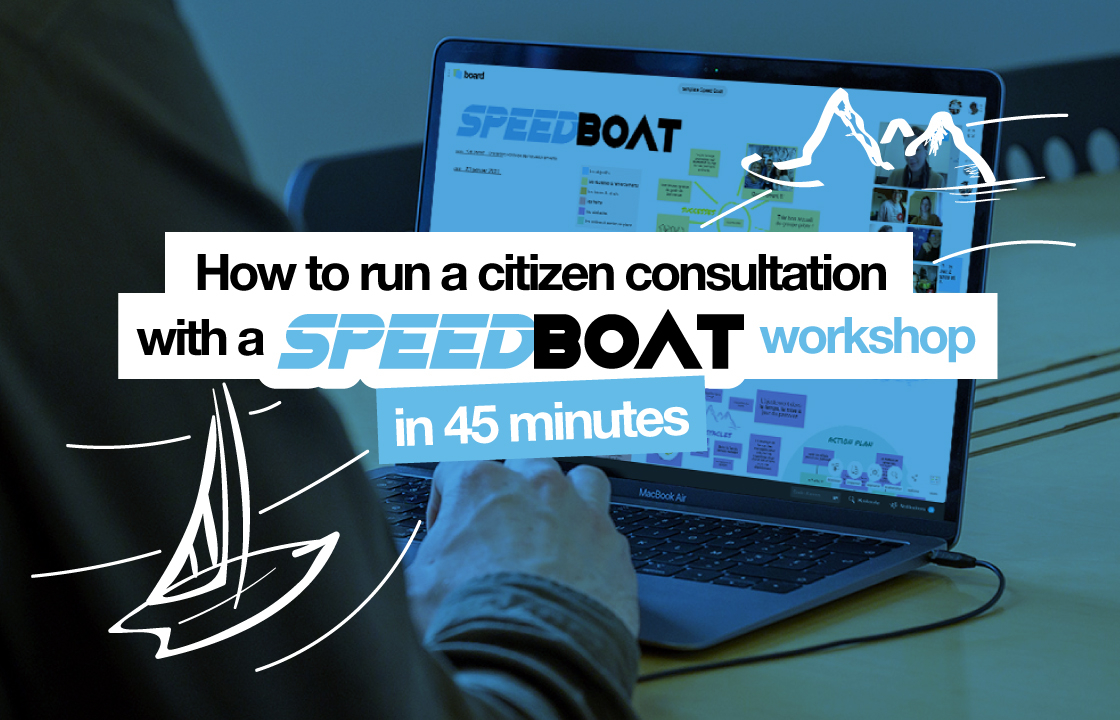 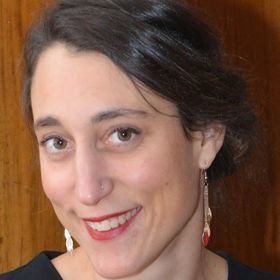 Run a remote workshop that lets everyone have their say, is democratic, creative and well managed: these were the specific issues facing Céline Varenne Souchon in this citizen consultation project. To respond to them, she headed straight to Klaxoon, which she had been using with her clients and team for several years. So, did it come up trumps?

Céline's challenge: run a citizens’ consultation in the middle of lockdown

Céline Varenne Souchon is the founder of Mengrov, a Lyon-based agency specializing in impact design. As part of its business, the agency facilitates groups to develop new projects. In March 2020, when the lockdown was announced, Céline had to rethink her working methods, particularly with regard to facilitating groups.

Céline remained undeterred, and a new project arrived on her desk. She had to come up with a way of organizing a citizens’ consultation, during lockdown.

The request came from Lyon Metropolitan Council and involved pedestrianizing a street in the 1st arrondissement. The local authority wanted to get the opinion of local residents about a traffic calming initiative in this highly urbanized area. How to use these freed up spaces and respond to concerns, these were the issues she had to resolve.

For Céline, it was quite a challenge: she had to find a way to bring together as many people as possible, and organize a brainstorming workshop with them to get their ideas about the situation and showcase them. She also had to take into account varying degrees of digital literacy among participants: some were more comfortable than others with digital tools. And all this remotely.

A convert to Klaxoon since it launched in 2015, naturally Céline turned to this tool.

She opted for SpeedBoat, the agile method which uses a boat metaphor to determine all aspects of a project by looking at strengths and potential risks.

How did Céline focus on visual management to boost everyone's participation

Lyon Metropolitan Council’s objective was to engage in an effective and productive discussion with the citizens of the newly transformed neighborhood. By using the right tools this is what Céline managed to put in place.

“With Klaxoon, we were able to invite people to participate in very open discussions with the focus on sharing ideas.”

Picking a workshop which uses the SpeedBoat method

To achieve this, Céline organized a digital workshop and ran it using the Agile SpeedBoat method. This visual representation based on Agile and design thinking methods is very simple and enables companies to accurately represent all the aspects of a project.

The aim is to step back with your team and take a new look at a project to identify new problems, potential risks, but also to refocus on the company and the project’s DNA, as well as its ultimate purpose.

Applied to Céline's project, the boat metaphor covered most of these aspects, represented in a very playful way in the image. It depicted:

●    The hull of the boat that represents the project’s DNA,

●    The anchor that represents the constraints that have been identified and that may be detrimental to the project,

●    The sun that symbolizes the project assets and the team that is running it,

●    The rocks which are potential future risks (which should be avoided as early as possible in the project!)

●    And finally the island: the destination, i.e. the ultimate objective of the project!

In a very simple image, Céline was able to make more than 50 participants from all walks of life understand the purpose of this allegory: to break down and analyze a fairly critical topic because of the participants' proximity to the project to pedestrianize the neighborhood.

How Céline organized the workshop

In practical terms, Céline organized this workshop in two stages:

●    First, members of the citizen’s council joined the Klaxoon Board on a video conference.

●    Then, citizens who wanted to participate in the workshop joined the meeting. Those who wished joined the Klaxoon Board using a simple access code that enabled them to connect directly from any device (PC, tablet or smartphone).

Céline presented a theme (for example, the anchor, i.e., constraints facing the project) and everyone could suggest a constraint that they had identified and which, in their opinion, could slow down or hinder the project. Everyone was encouraged to participate.

The next step was voting: all the participants could vote easily for their favorite ideas using a Like system. This step has two goals:

●    Ensure that everyone has spoken once: this is not usual in more traditional face-to-face meetings without Klaxoon, where it is often a minority of people who speak up and make themselves heard. Here, absolutely all the participants voted for their preferred idea, in each theme.

●    Identify the most important points every time: so the project manager immediately identifies the main assets, risks, goals and obstacles, as perceived by the participants. This very simple action prioritized the tasks to be accomplished very effectively.

“Receiving feedback from participants would have been impossible without Klaxoon!”

With a 45 minute workshop for more than 50 people gathered together and all involved, citizen engagement was a big success. The Council had never seen anything like it before!

Using the Klaxoon Board for this workshop enabled Céline to meet her objectives with flying colors. And she noted lots of other benefits, which could only be obtained with Klaxoon, she said.

The first benefit noted by Céline was that those present participated much more during the workshop. It was a stated objective to break away from the monotony and lack of interest in public issues, to refocus the debate on what mattered most to the citizens: the fate of their neighborhood.

Using Klaxoon remotely enabled her to stimulate creative thinking thanks to a clear and well-organized board, with very effective visual management. In addition, the principle that everyone can suggest their idea and then vote for their favorite idea was a real asset in the context of this workshop.

Klaxoon even worked like a mediation tool, because it helped to clarify the debates and make them more egalitarian. Everyone got to speak for the same amount of time and even people who were not used to speaking in public, or didn't know much about digital tools, managed to share their ideas very easily.

Finally, citizens realized that their words were actually being listened to, because they saw their ideas displayed on the Board along with all the others. Everyone could see them and like them.

Speed and efficiency are guaranteed when you use the Klaxoon Board for your workshops. All the participants can connect via the device of their choice. With a simple access code all users with a smartphone, PC or tablet can join the Board without needing to download anything!

With a simple image and ideas, Céline managed to implement an agile method drawn from design thinking and make it accessible and understandable for everyone, very easily. This accessibility encouraged participation and mobilized collective intelligence.

‍
Generally speaking, for Céline Klaxoon is a tool that enables her to organize better quality meetings and workshops. Even with a large group of more than 50 people and despite the constraint of holding them remotely. Workshops can be easily adapted to suit people’s needs: it’s the tool that's adaptable and not the other way around. Creative thinking at its best. 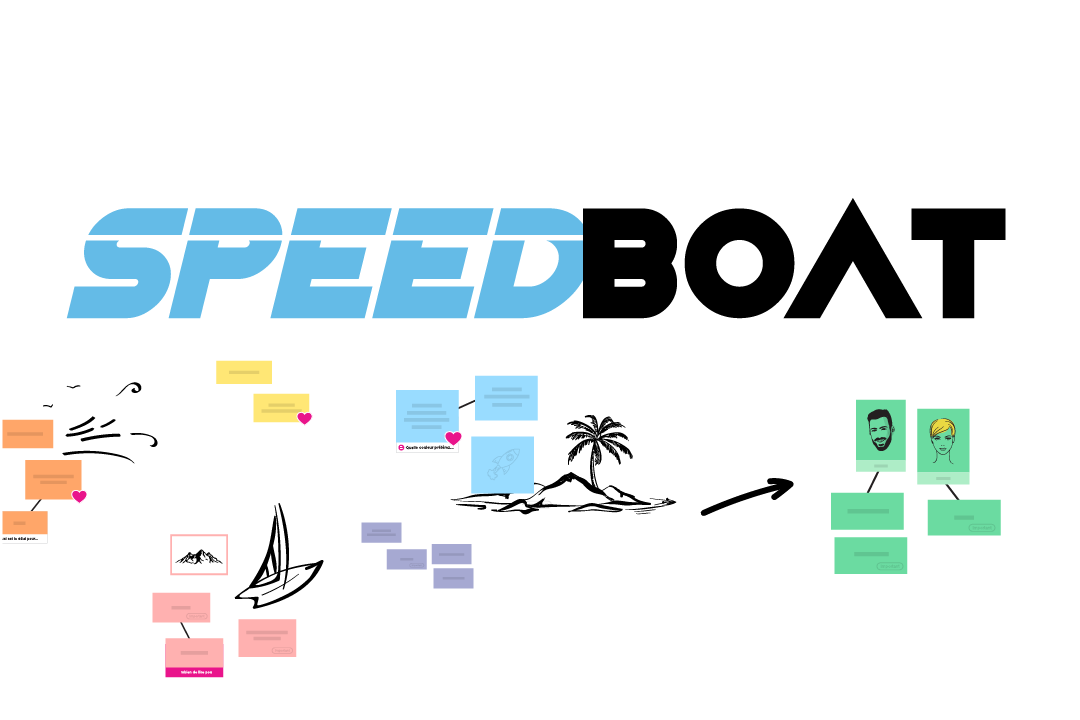 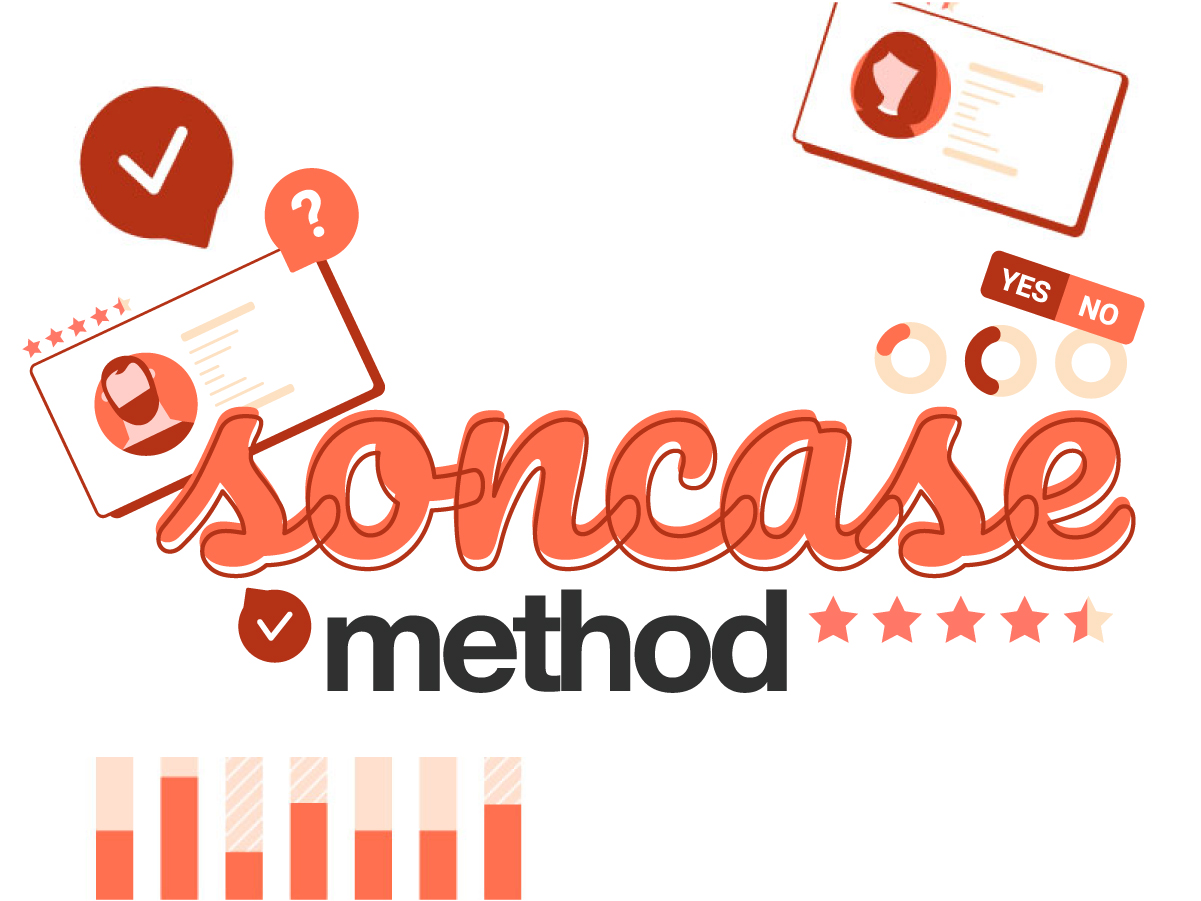 The SONCASE method: identify your personas’ purchase incentives to develop your sales pitches

The ideal method for designing your personas, strengthening your sales pitches and preparing for any objections 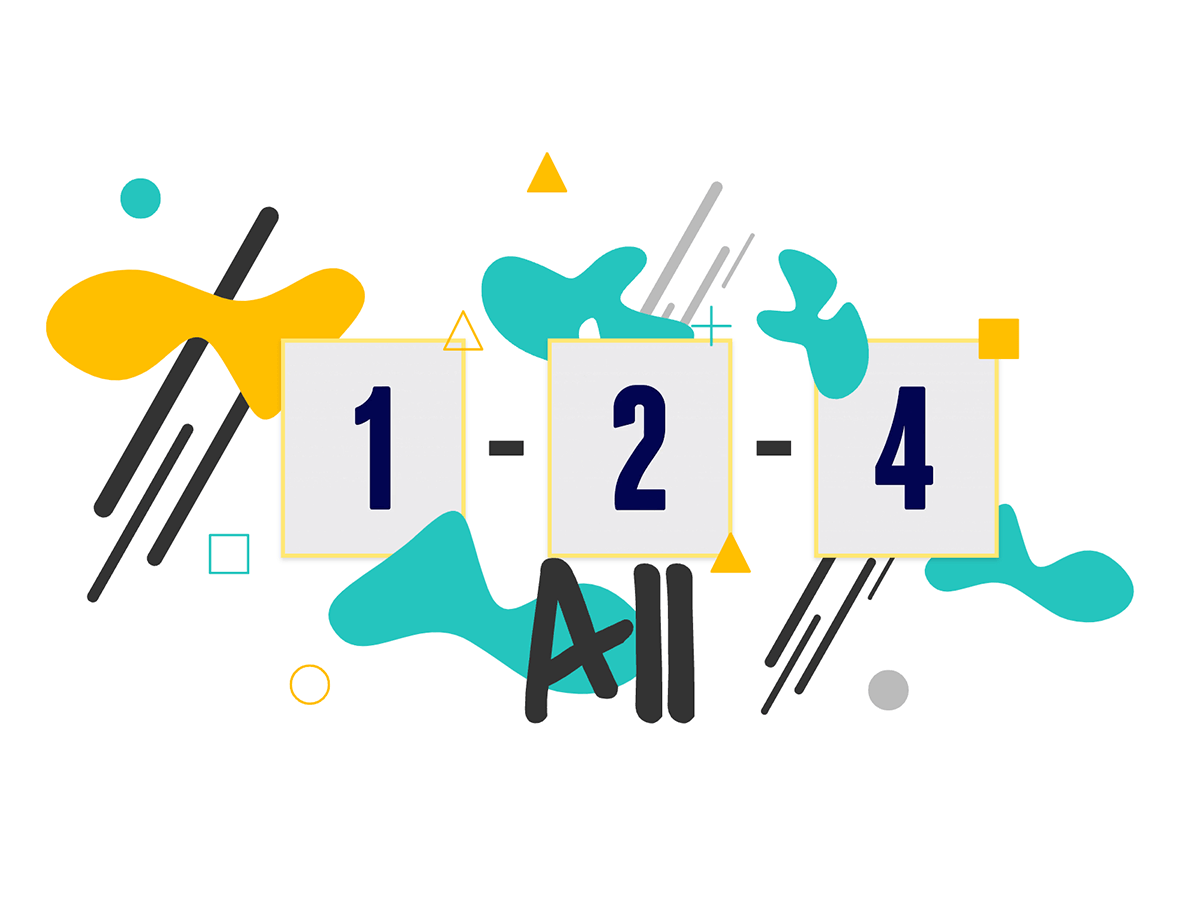 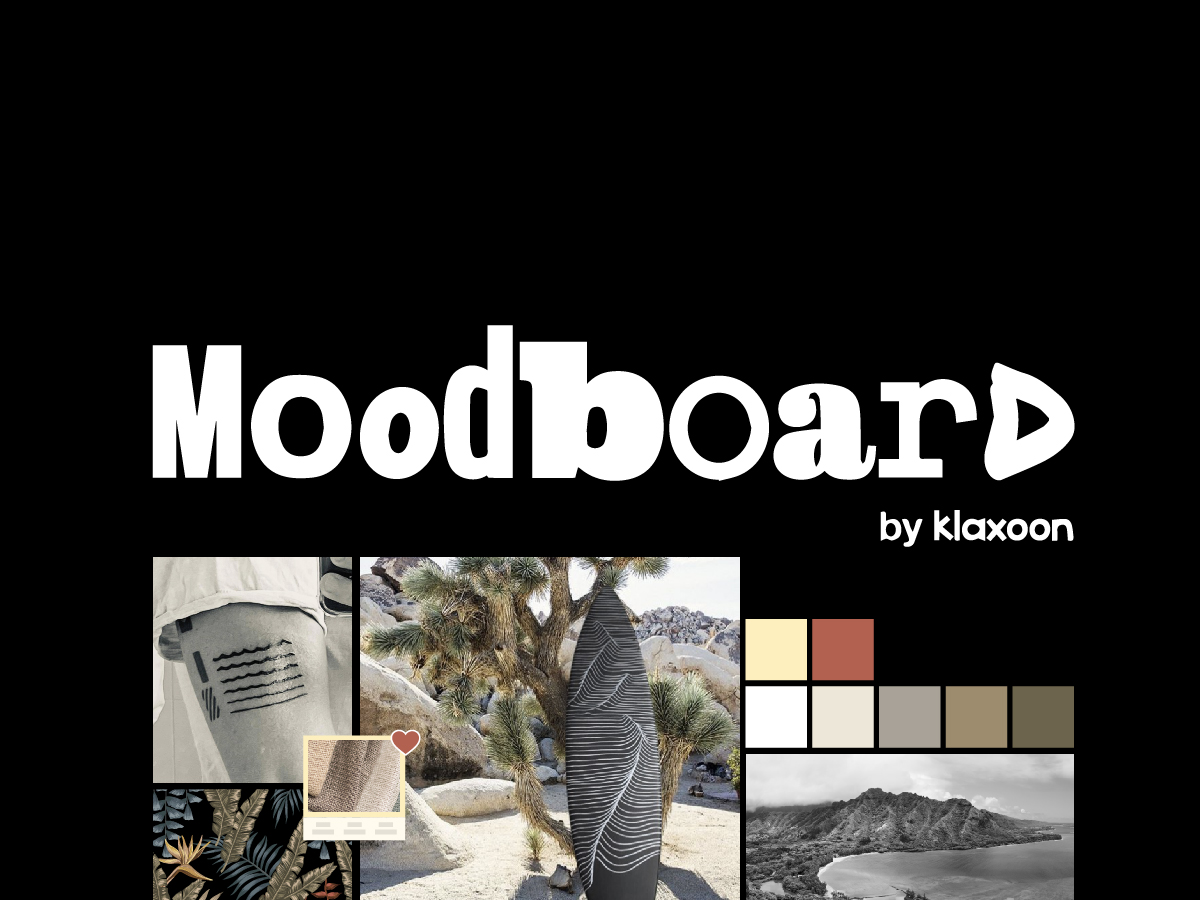 Moodboard: visually represent a project or a product environment as a team

With this Moodboard template, bring your projects to life visually as a team.