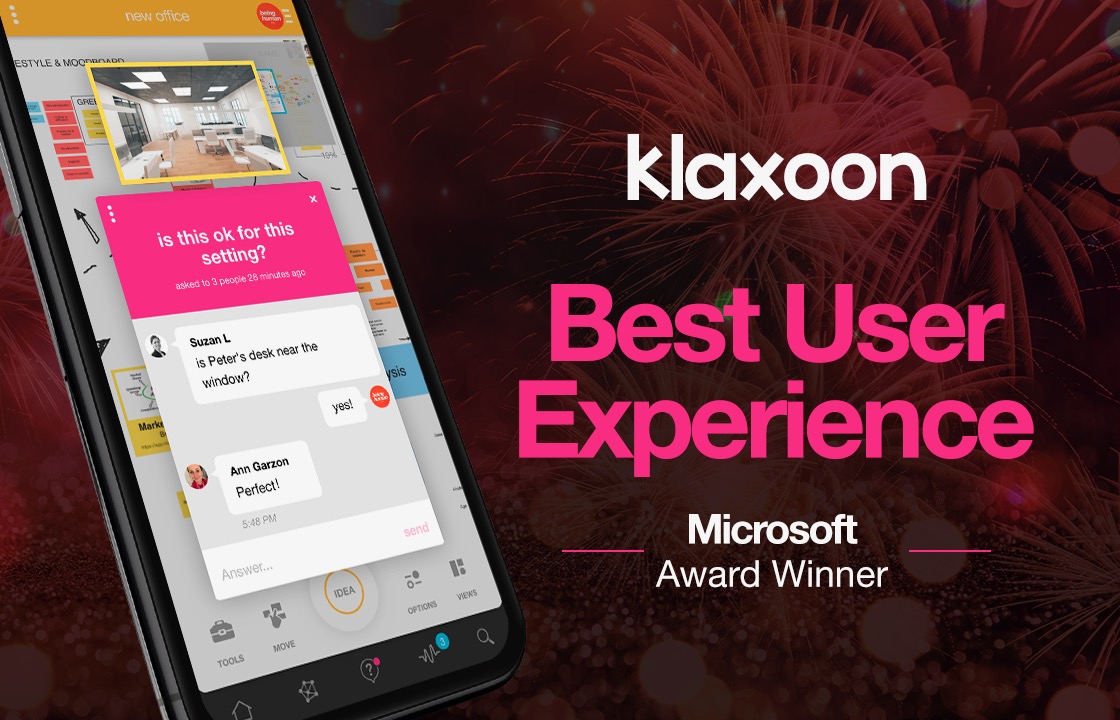 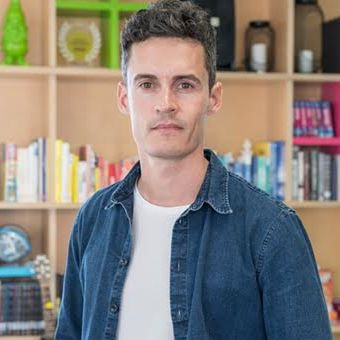 In November 2018, it was announced on stage at Microsoft Experiences18 a first collaboration between Klaxoon and Microsoft, followed by a live demo of Klaxoon’s interoperability with Teams. A year later, Klaxoon is once again put in the spotlight by its global partner as its grabs 2nd place for “Best User Experience” in the Microsoft 365 app awards unveiled on stage at Microsoft Ignite in Orlando, Florida.

At Microsoft Build this year, Klaxoon had already been mentioned in a list of top partner apps in the Modern Workplace ecosystem. This time at Microsoft Ignite19, Klaxoon’s design gets recognized as best-in-class for providing Microsoft 365 users with a unique experience of collaboration.

We are very proud to be elected as one of the best apps in Microsoft 365. The connection of our tools is the fruit of great teamwork between our respective R&D teams in Rennes, France and Seattle, USA. It shows that the work revolution, driven by new collaborative tools, is now more than ever a universal challenge and knows no borders. This collaboration also confirms the strategy of openness that is central to Klaxoon’s approach, which was based from the get-go on 100% web-based and interoperable technologies. Our capacity to be interconnected will unleash these new tools’ potential for as many people as possible.Matthieu Beucher, Klaxoon’s CEO

Overall, this award reflects the ground covered in less than a year.

Bringing a new dimension to teamwork

By announcing the interoperability of its tools, Klaxoon’s solutions are simple, efficient, accessible at anytime. But on the other hand, they must also allow their users to make best use of their innovative capacities. Microsoft Teams users now have access to the entire suite of tools created by Klaxoon (Brainstorm, Question, Quiz, Survey, etc.) and are able to synchronize faster and more efficiently.Launched in 2015, Klaxoon has been adopted by millions of people around the world. The platform improves team collaboration whether used inside or outside the office. Teams of all sizes and functions use the platform everyday.When combining Teams and Klaxoon together, users get to:

Aesthetics at the heart of Klaxoon’s interface

Klaxoon has a unique approach for collaborative tools, mixing both hardware and software. The R&D department, composed of 80 engineers and designers, strives to work as architects of virtual spaces for efficient teamwork.Klaxoon’s state-of-the-art SaaS platform provides users with an easy navigation. A great attention was paid to design:

The interoperability between Klaxoon’s tools and Microsoft Office 365 Teams will enable millions of users of both ecosystems to improve teamwork within their organizations and collaborate more quickly and more efficiently.

published by
Matthieu
Poupard
-
Alliances Director
A global connector, Matthieu joined Klaxoon after 10 years in management consulting and international education in Montréal, Paris and London. Positioned as a point of network between strategy, sales and R&D in the company, he is in charge of taking Klaxoon to the next level through innovative and ambitious social and corporate partnerships.
Share