shared by
Exclusive RH - Students no longer need to just sit there and listen to endless speeches from trainers! Via its Klaxoon subsidiary, the Regards group, which specialises in creating learning content, had just launched a box that generates its own WiFi network and enables trainees to play an active part in their training sessions from their own devices.
get template for free
level

About eight months ago, convinced that it was possible to get trainees interested in training content again, Matthieu Beucher, the chairman and CEO of the Regards group, created Klaxoon, a subsidiary with around twenty members of staff, whose ambition is to "simplify learning by making training more interactive", he explains. After receiving the support of Bpifrance, last March this entity launched a solution enabling trainers and trainees alike to interact via their own computers, tablets or mobiles.Called the Klaxoon Box, "the tool encapsulates around twenty learning activities which encourage a group of trainees to interact", summarises Marie Barbesol, product evangelist at Klaxoon. Specifically, this box, which generates its own WiFi network, enables trainers to transfer documents, display a presentation, create surveys and exercises, submit questionnaires, launch brain-storming sessions and much more.In short, the box will enable the presenter to speak directly to their audience to find out whether their content is still holding their attention. The Klaxoon Box therefore promises to "establish instant, interactive dialogue between participants", she adds. And since it is also available in the cloud, it is just as effective in both presence-based and distance sessions.

An attractive solution for training organisations

Until now, the Klaxoon Box has found favour mainly with major customers such as L’Oréal and Schneider Electric, who took part in its test phase; it is now piquing the curiosity of more and more universities, grandes écoles and training organisations, and is also interesting independent trainers who are looking for new ways to boost their training sessions. In addition to the training market, the box is ideal for seminars, conferences and meetings, where smartphones are often seen as a distraction.Availble for rent at 99 Euro per month, the Rennes-based group's solution, which doesn't need an Internet connection to run, is already being used in around sixty countries. Today, the Klaxoon subsidiary deploys 80% of its projects in an international environment.Regards, which was created in 2009, is hoping to raise capital to help develop its box in particular and all of its tools in general. What is the objective of this process? To strengthen the team and speed up the company's international development. "Since its creation, the Regards group has registered 50% growth year on year. Our objective by 2016 is to reach 100 members of staff, compared with 80 at the moment and to hit 10 million Euro in turnover", finishes the CEO Matthieu Beucher. 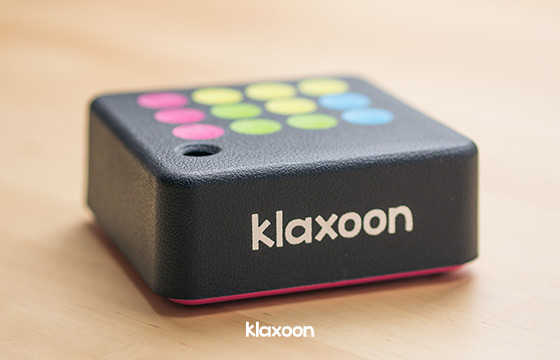