Klaxoon selected for the Next40, the CAC 40 for scaleups 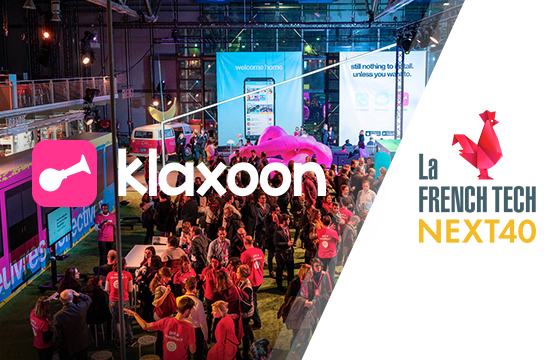 Klaxoon has been selected by the French government to feature in the prestigious #Next40 list alongside Deezer, Veepee, BlaBlaCar, OVH, and Devialet, to name just a few. Another step to accelerate the digital transformation and improve teamwork. In four years, Klaxoon's suite of collaborative products has become indispensable for people who work as part of a team. Used in over 120 countries by organizations of all sizes, Klaxoon has more than 230 employees working in its offices in Rennes, Lyon, Paris, New York, and Boston.

Announced by Mr Mounir Mahjoubi, it is now Cédric O, the new French Secretary of State for digital technology, who has taken over the launch of Next40. This new index will shine a light on the fastest-growing French startups with the greatest potential. The Next40 is an annual selection of the 40 most promising startups in France. It includes French unicorns, unlisted technology companies with more than €5 million in annual turnover that have raised the most funds over the last three years.

Klaxoon is one of five scaleups based in the provinces selected to be part of Next40. This is a real source of pride for the Brittany-based company, founded in March 2015, which is developing a comprehensive ecosystem of collaborative products that has received multiple awards in France and abroad. Klaxoon has more than 5,000 corporate customers with a variety of profiles, including all of the CAC 40, 15% of Fortune 500 companies, universities, schools, SMEs and independent companies.Klaxoon has also developed partnerships with major tech companies like Microsoft, Dropbox, and Samsung. With its head office in Rennes, offices in Boston, New York, and Lyon, and the Klaxoon Store in Paris, the company has doubled in size in just a year and now has 230 employees, with plans to hire 150 new employees over the next 18 months, including 50 in the USA. Klaxoon has raised more than $65 million in funds.

The team at the center of corporate digital transformation

The digital transformation means that companies' need to collaborate has grown exponentially. To successfully synchronize, teams are looking for the right solutions to the issues this brings about: Remote work, shared time, teams of varying sizes, collective decision-making, and more. Although teams already have communication tools, there was nothing to facilitate teamwork. Klaxoon undergirds one of the main pillars of collaboration by putting people back at the center of processes. The benefits are many and varied: more efficient transmission of information, quicker decision-making, and better inclusion of all parties within organizations.Klaxoon's mission is to make teamwork more efficient. Adopted by millions of users in 120 countries, Klaxoon has solutions for all types of collaboration, from meetings, to workshops, to training, and long-distance collaboration.

"It's an honor to be acknowledged like this as one of the most promising young companies in France. In four years, Klaxoon has built up a recognized brand and an everyday tool that helps millions of people in companies all over the world work together more efficiently. By selecting Klaxoon, the government is also highlighting that the issue of teamwork has become key to organizations who want to accelerate their digital transformation and innovate." Matthieu Beucher, Klaxoon's founder

Klaxoon, the collaborative tools adopted by millions of users

At the heart of the product range is the Klaxoon platform, which is accessible from any digital device without installing anything and which allows everyone to share their ideas through Boards, Votes, Surveys, Quizzes, Word clouds, Challenges, and more. With Klaxoon, everyone can express themselves. Users report faster decision-making and meetings that are half as long. Every day, more and more teams are adopting Klaxoon to meet the new challenges of working together. A few examples: 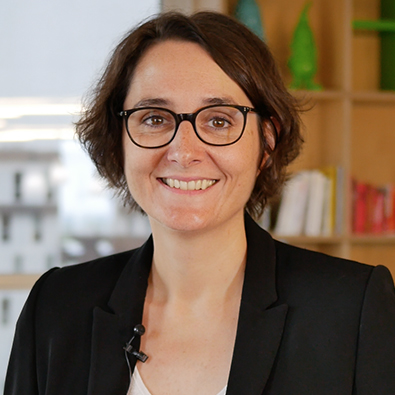 published by
Marie
Barbesol
-
Klaxoon Chief Evangelist
After 15 years as a specialist in Learning & Development for multinationals, she has joined the Klaxoon adventure from the beginning, transmitting her passion for learning and communication. Overflowing with energy, she lives by the sea or on the train according to the day you ask!
Share