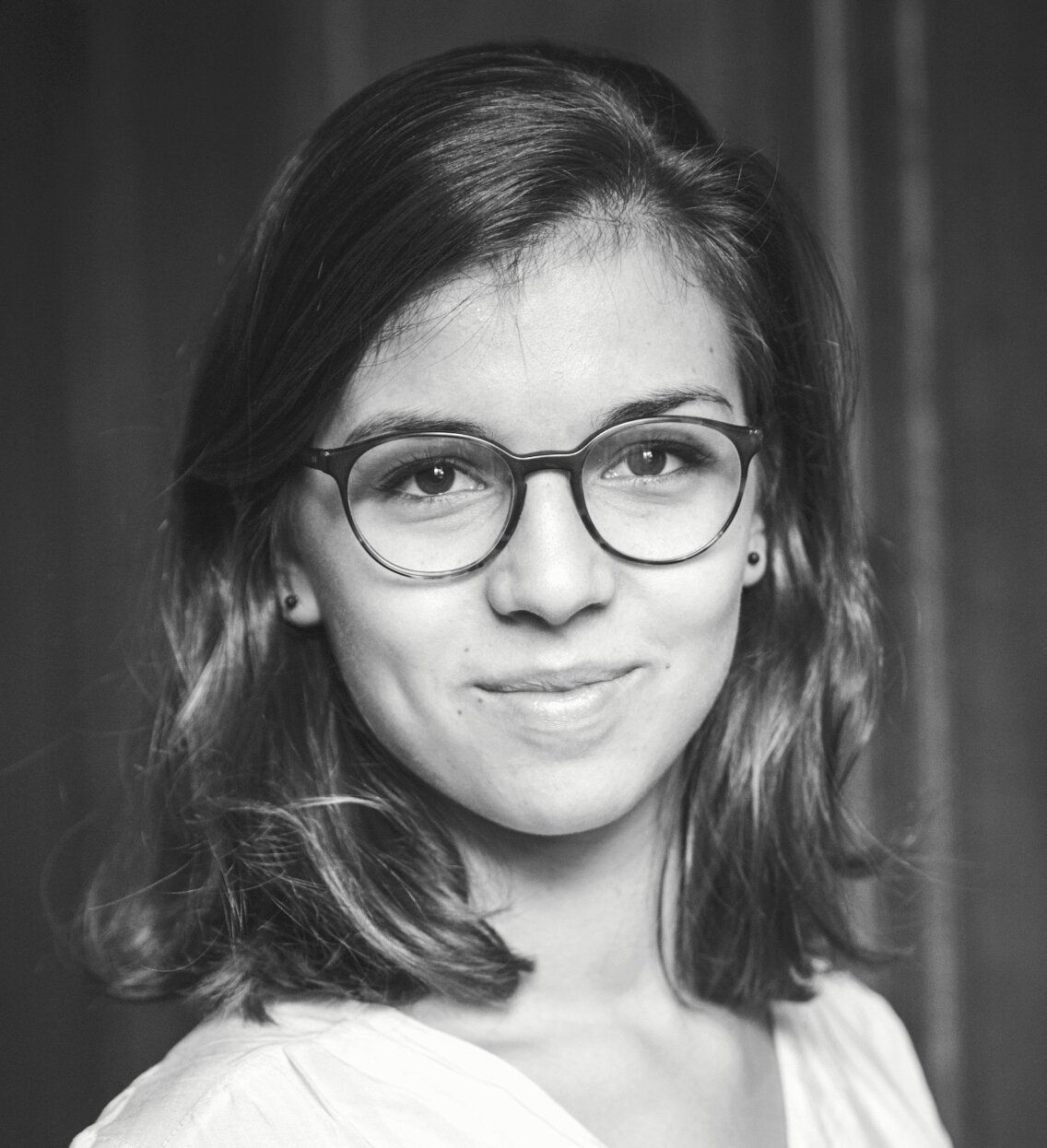 shared by
Brainstorming is a well-known way of working which helps collect the maximum number of ideas. Teams have many techniques to develop ideas, including the most difficult to express, why not try the "Six Thinking Hats Method"?
get template for free
level

The Six Thinking Hats method was created by Edward de Bono. A psychologist and doctor who specialized in cognitive science, he developed this new way of communicating in his book which was first published in 1985: "6 Thinking Hats."How was this creative thinking technique born? From an observation: we are living in a society where presenting an argument can take up a large amount of room in communication. The consequence: each person presents their argument, stating their own point of view with their own sensitivity. Some people are interested in the facts, while others use their emotions to communicate. In the same way, some people are too optimistic in what they have to say, while others are excessively cautious.

Finally, most of the time, discussions which involve putting down other people's ideas, can be detrimental to sharing process. Edward de Bono suggested trying a new way of thinking within group called lateral thinking (or parallel thinking) which asks individuals to focus together on a single point of view. Using the 6 Thinking Hats method a team can think about a situation or subject together, covering all points of view, in the same way, at the same time.

6 Hats, 6 Positions: The Rules of this Collaborative Game

The principle of the 6 Thinking Hats is simple: each hat corresponds to a position, which all the team members must adopt at the same time.Discover the 6 existing colors with their meaning and see a concrete illustration of the ideas that may be generated. Let's take the example of a team that needs to work on the following question: "How can we improve our offer to better satisfy our customers?”‍

White: The Facts. With the white hat, a team only formulate ideas with the facts and no comments or interpretations. For example: "The results of our latest satisfaction survey tell us that 68% of our customers say that they are satisfied with our services. "

‍Green: Creativity and New Ideas. With the green hat, team members are free to make any proposals which come to mind. For example: "Put in place a suggestion box to respond to our customers' requests 24/7. " or "Let's create an ambassadors' club for our VIP customers".

‍Black: The Risks and Weaknesses of an Idea. The black hat provides team members with the opportunity to think and give ideas in the most pessimistic way possible! For example: "There aren't enough employees to work on the offer. ", or "Lack of time. "

‍Yellow: Hopes and Advantages. This time, the team takes up a firm positive position. For example: "CRM will finally give us data to move forward! ". "I think that we can target +20 satisfaction points."

‍Red: Emotions. With the red hat, the team expresses its feelings, whatever they are, without the need to justify them. For example: "I'm doubtful as to whether we can change the offers", "I'm really proud to be part of the team responsible for these discussions! "

‍Blue: The blue hat is special as it guides all the others. It symbolizes taking a step back and organizing the discussions. When the team thinks with the blue hat, they propose solutions and organise how they are put into effect. For example: "Let's divide the ideas into groups of 3 or 4 people to help us move forward.", "Let's work in test & learn mode; we'll carry out a first test and see where we are! "

‍Don't forget: The hat is a position and never corresponds to a person. This means that the exercise requires all the team members to adopt the same hat (the same position) at the same time. As the discussions progress, the team changes hats until they've looked at all aspects that need to be examined. 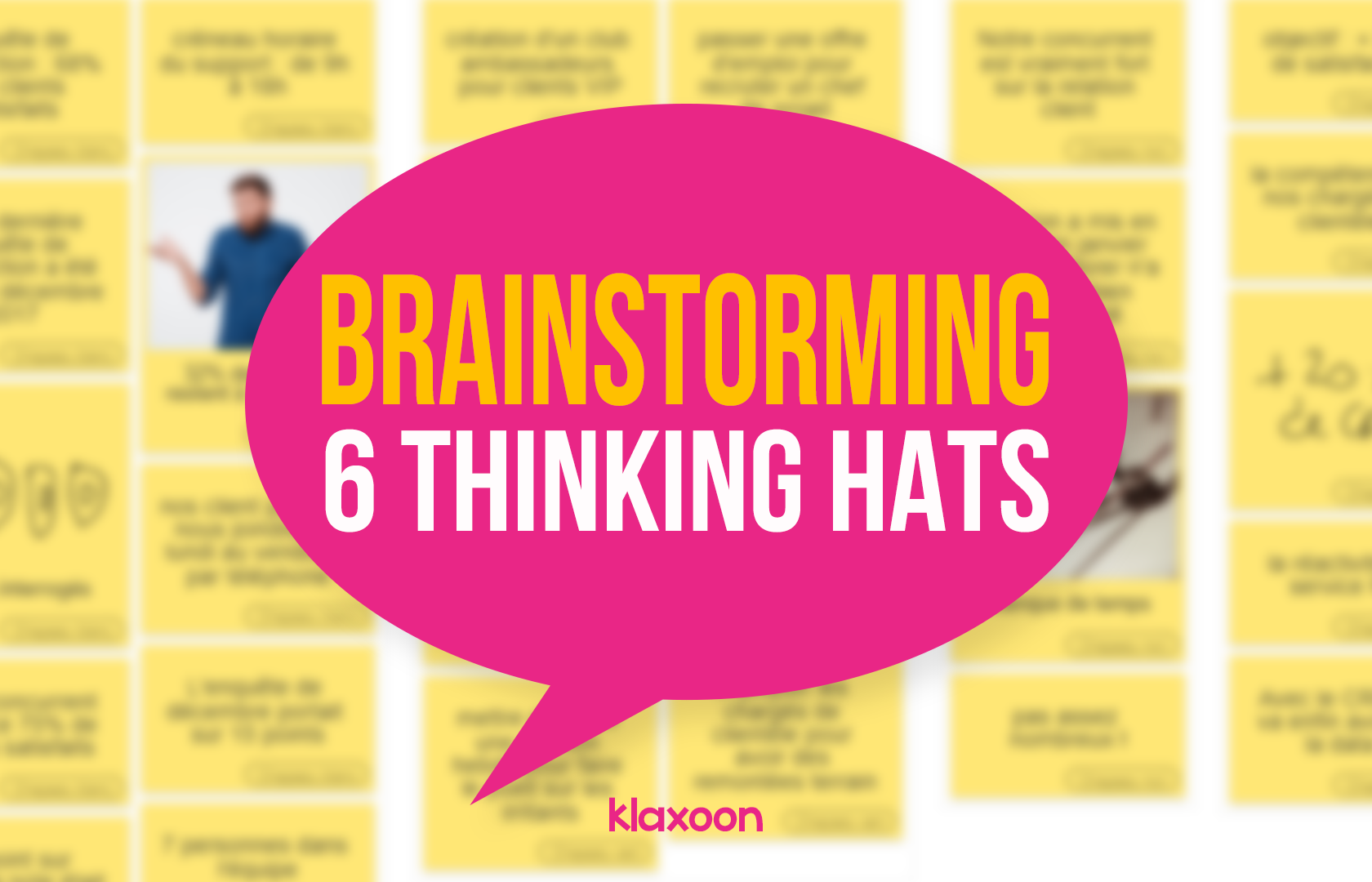 Why Should You Test and Adopt the 6 Thinking Hats method?

In his book, Edward de Bono explains that he obtained phenomenal results across a range of organisations. Since then, his method has been adopted by many companies, to simplify procedures or find technical solutions to problems.

This method has even been used by American courts.Success can be put down by the following benefits:- The method authorises and encourages individuals, whatever their personality and experience, to review all possible points of view. Groups who use this technique operate on a healthy and comfortable basis for everyone: all points of view are acceptable.- When the team uses the 6 methods of thinking proposed one after the other, the team examines from both a global and precise base. All the elements collected provide them with a 360° view of the subject, which enables them to take the right decisions easily and with compete awareness of the situation.- Putting arguments aside and working on thoughts as sequences, the team avoids endless debates around a disagreement.

Working meetings are constructive: the team avoids conflicts and saves time.- Finally, the method is universal. It can be put into practice by Nobel prize winners, children alike, or as part of a team or a family. While it is a group management method, it may also be used individually.

To fully prepare a brainstorming session based on the 6 Thinking Hats method, the team should bear one simple rule in mind: everyone needs to play the game!When the time comes to think with the green hat, for example, the whole team makes suggestions, trying to put any ideas which correspond to another color to one side. The ideas must be able to be expressed freely.

Everyone needs to remember that when the time comes, they can express themselves with another hat and another point of view.To put the exercise into practice, simply apply the standard process of a two-phase brainstorming session: An individual reflection phase:Each person expresses their ideas, adopting the 6 positions one after the other. Each person expresses at least 6 ideas on the subject. A collective reflection phase:Here the team ranks the ideas which they have collected and discusses them. They may rank the ideas by grouping them together by position on a paper board, or with the automatic ranking provided by the Klaxoon Brainstorm.*Reference: Six Thinking Hats, Edward de Bono, Eyrolles Edition

by
Berthilde
Hurel
,
Communication Officer
Always listening, she lends an attentive ear to those around her... no wonder for this musician! In charge of communications at Klaxoon, Berthilde sources and promotes the most inspiring use cases from our community.
Share 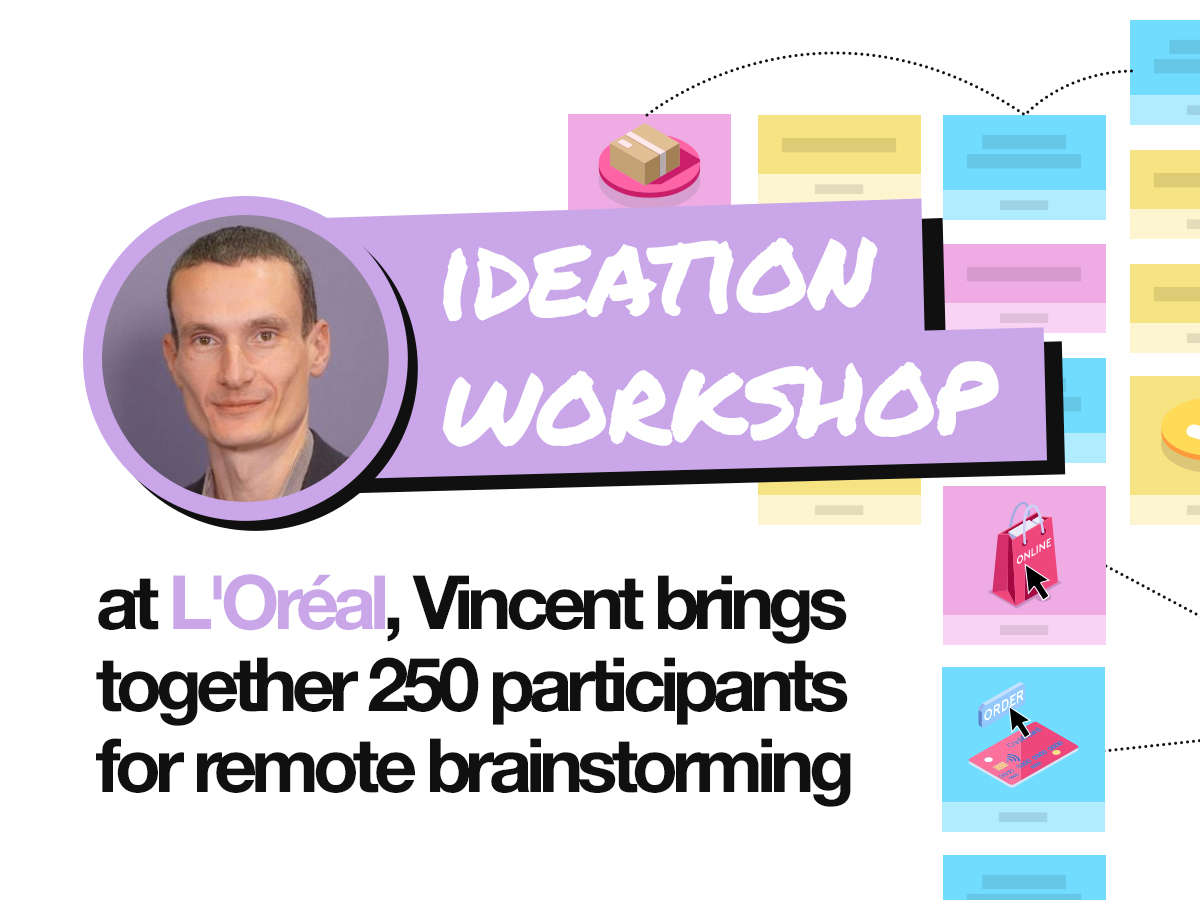 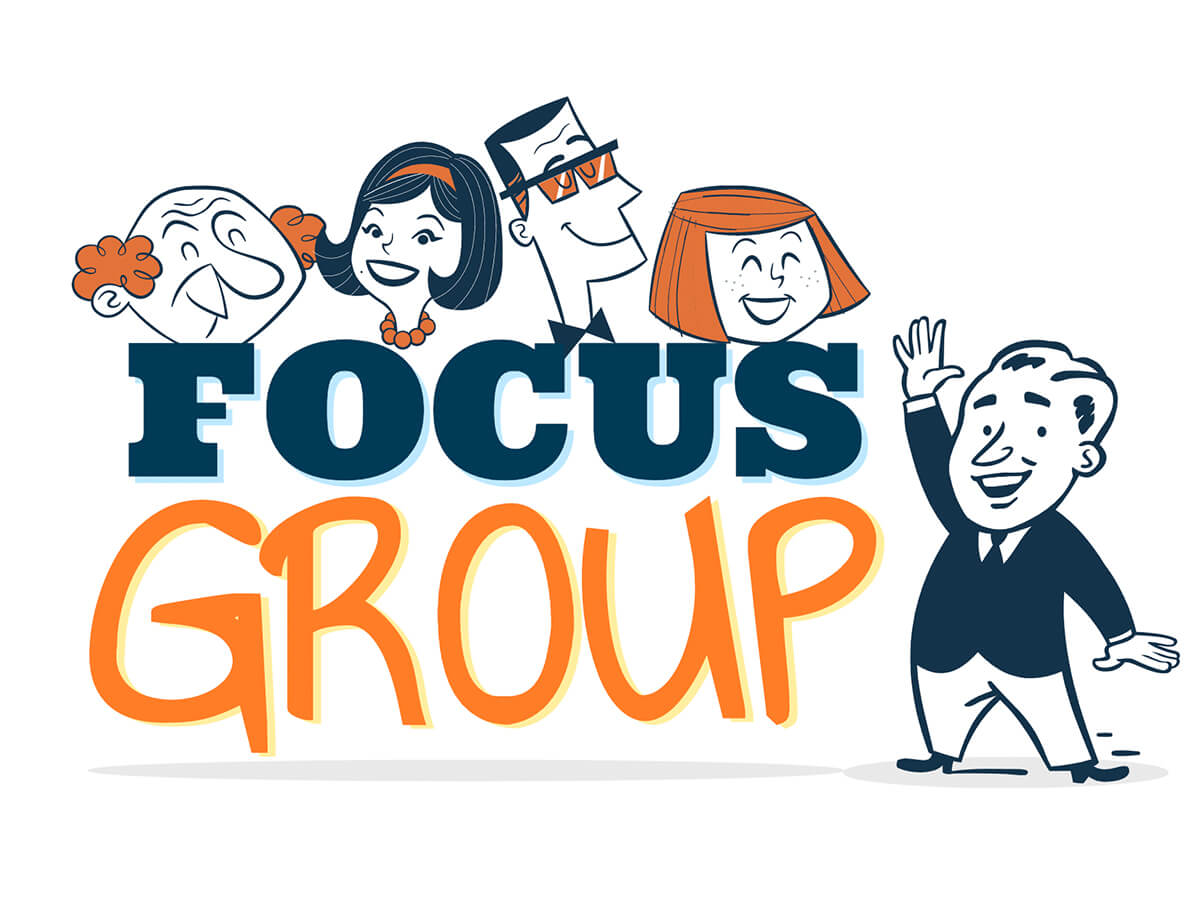 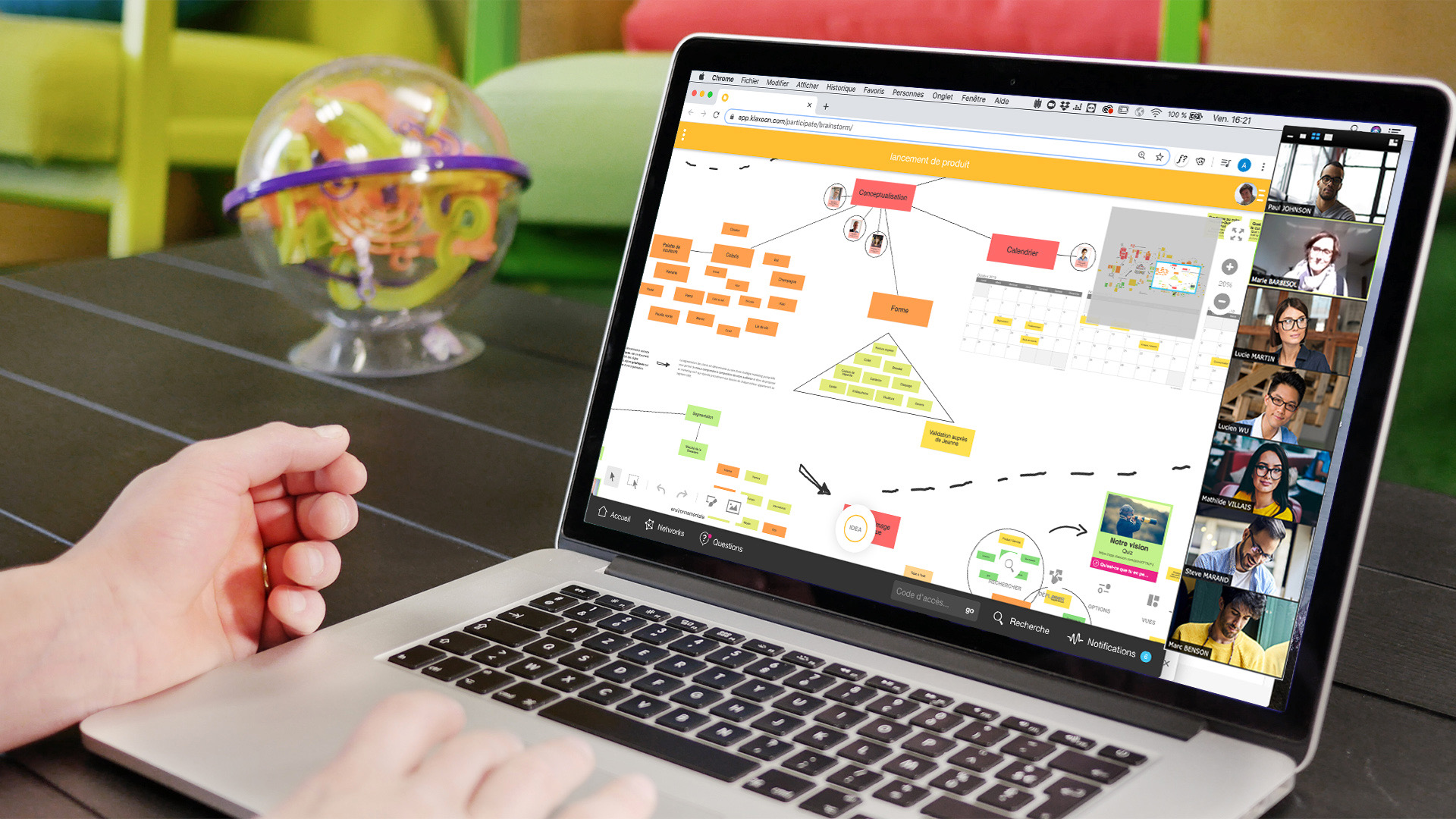 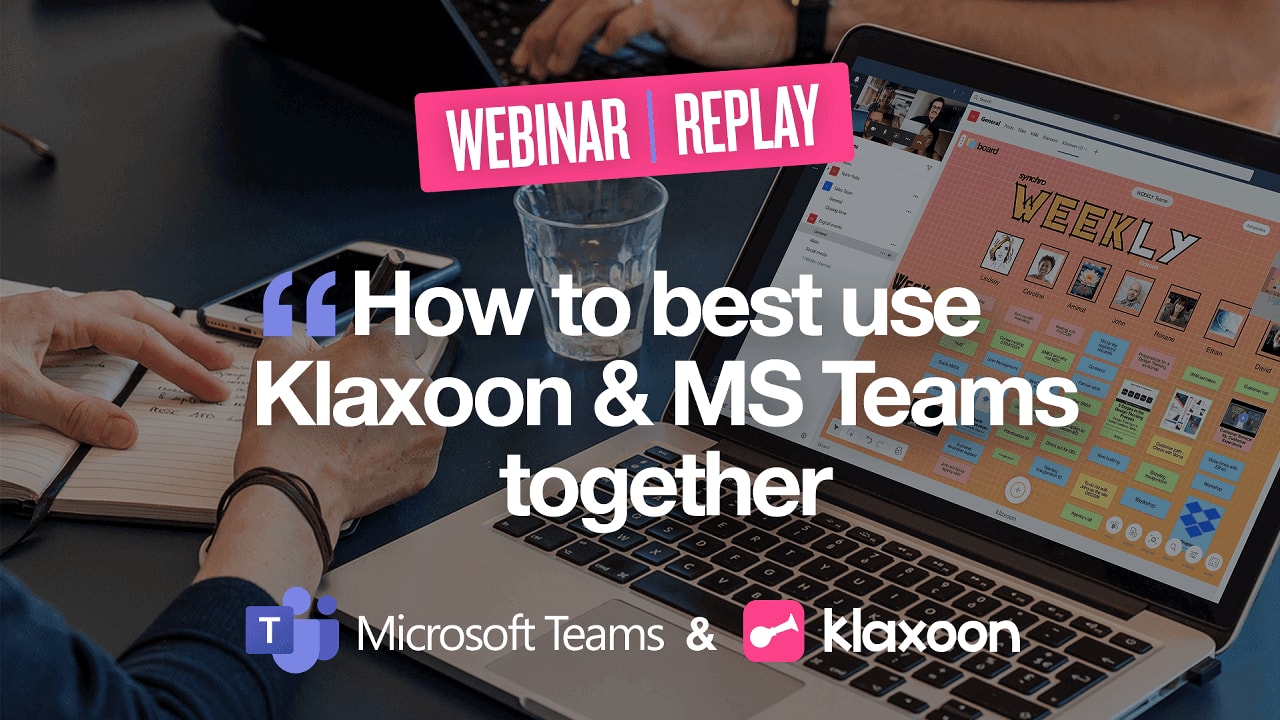 How to best use Klaxoon & MS Teams together?

Klaxoon and Microsoft Teams together is the winning formula for teamwork. 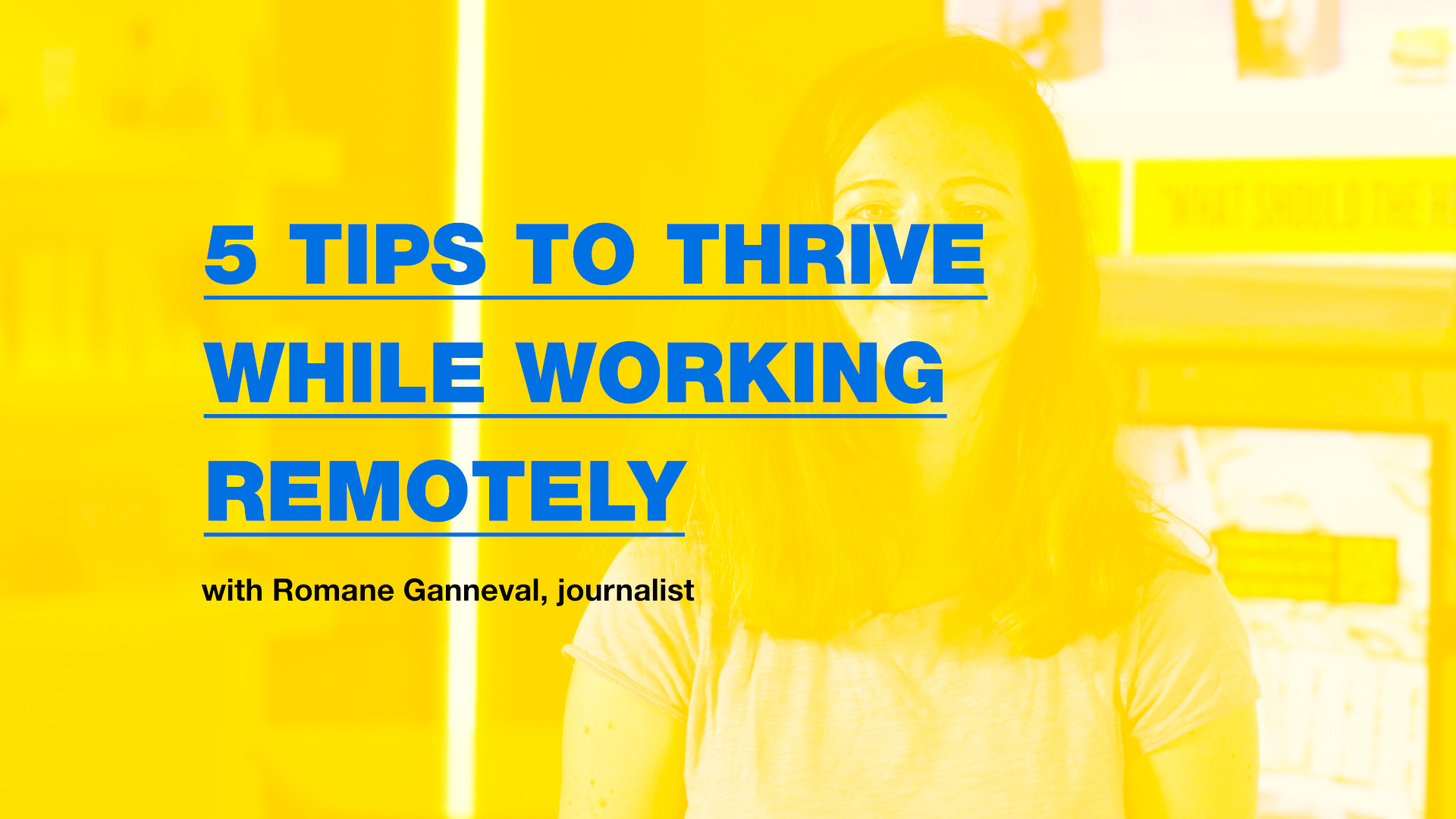 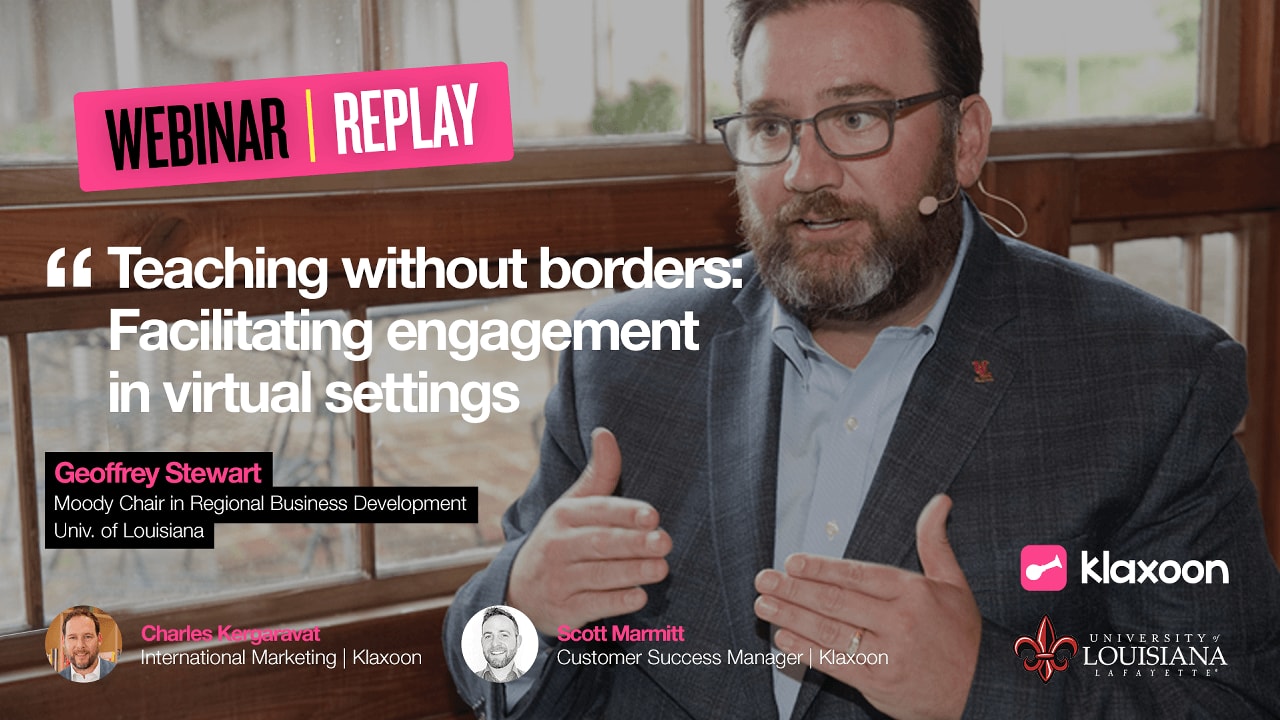 Geoffrey Stewart, Moody Chair in Regional Business Development at the University of Louisiana, shows you how to achieve much higher engagement with MBA and undergrad groups in virtual classroom settings. 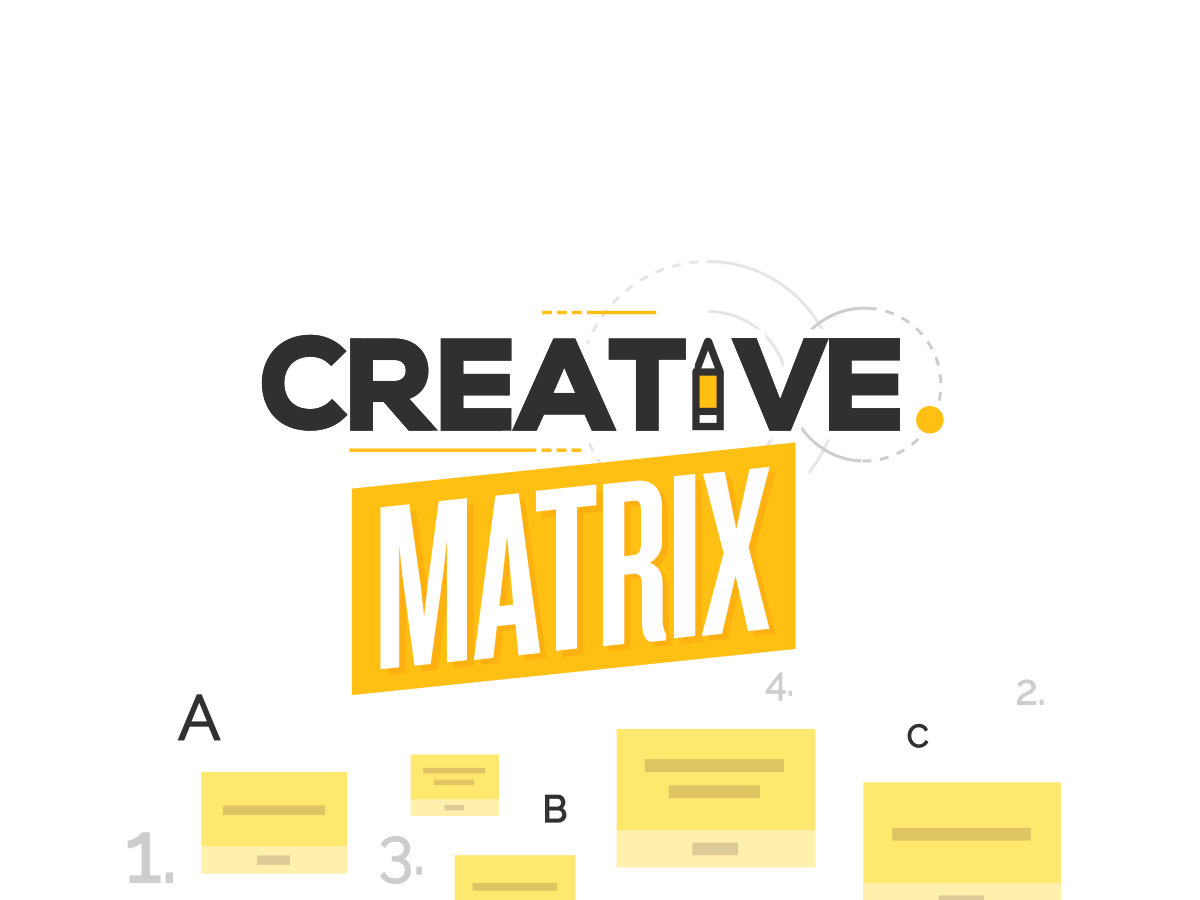 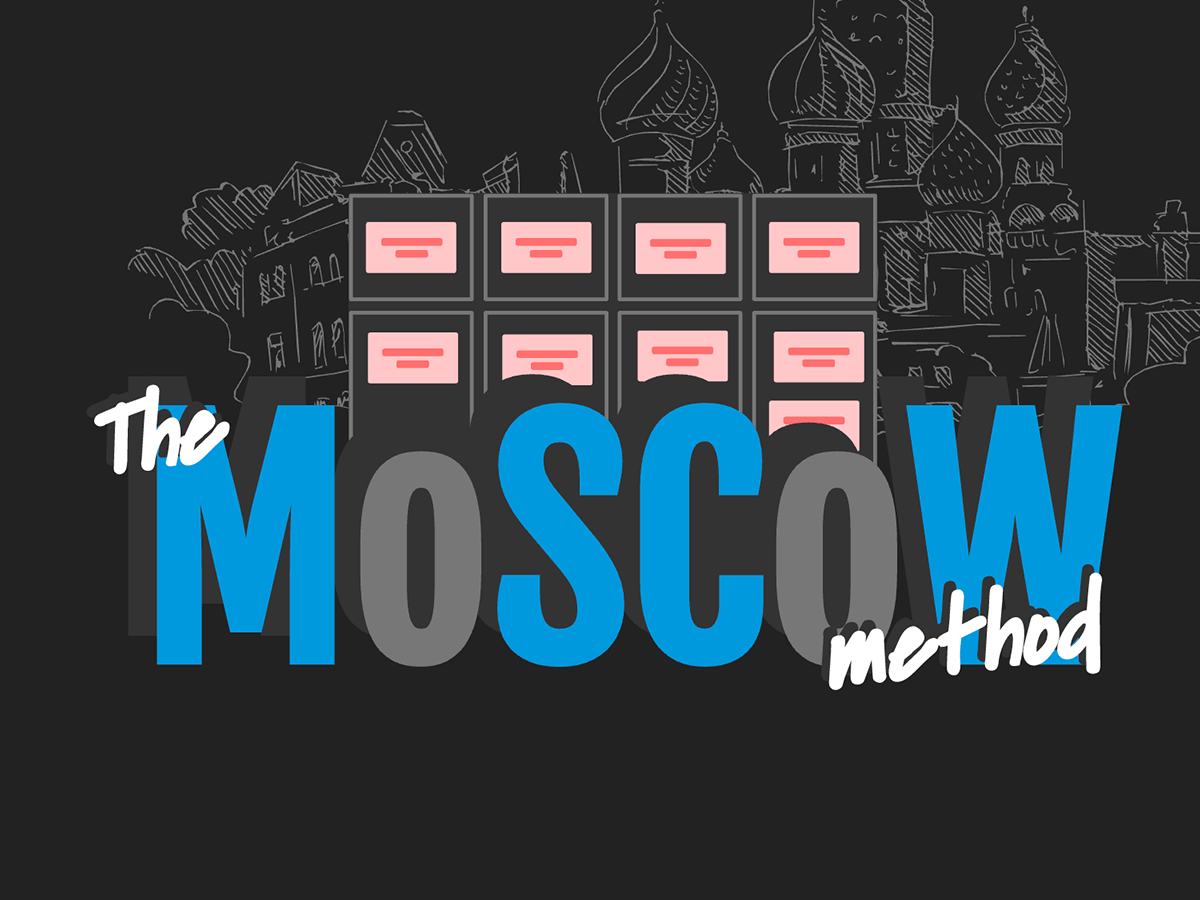 The MoSCoW method, aims to prioritize your checklist throughout your project, ranking tasks by level of criticality. 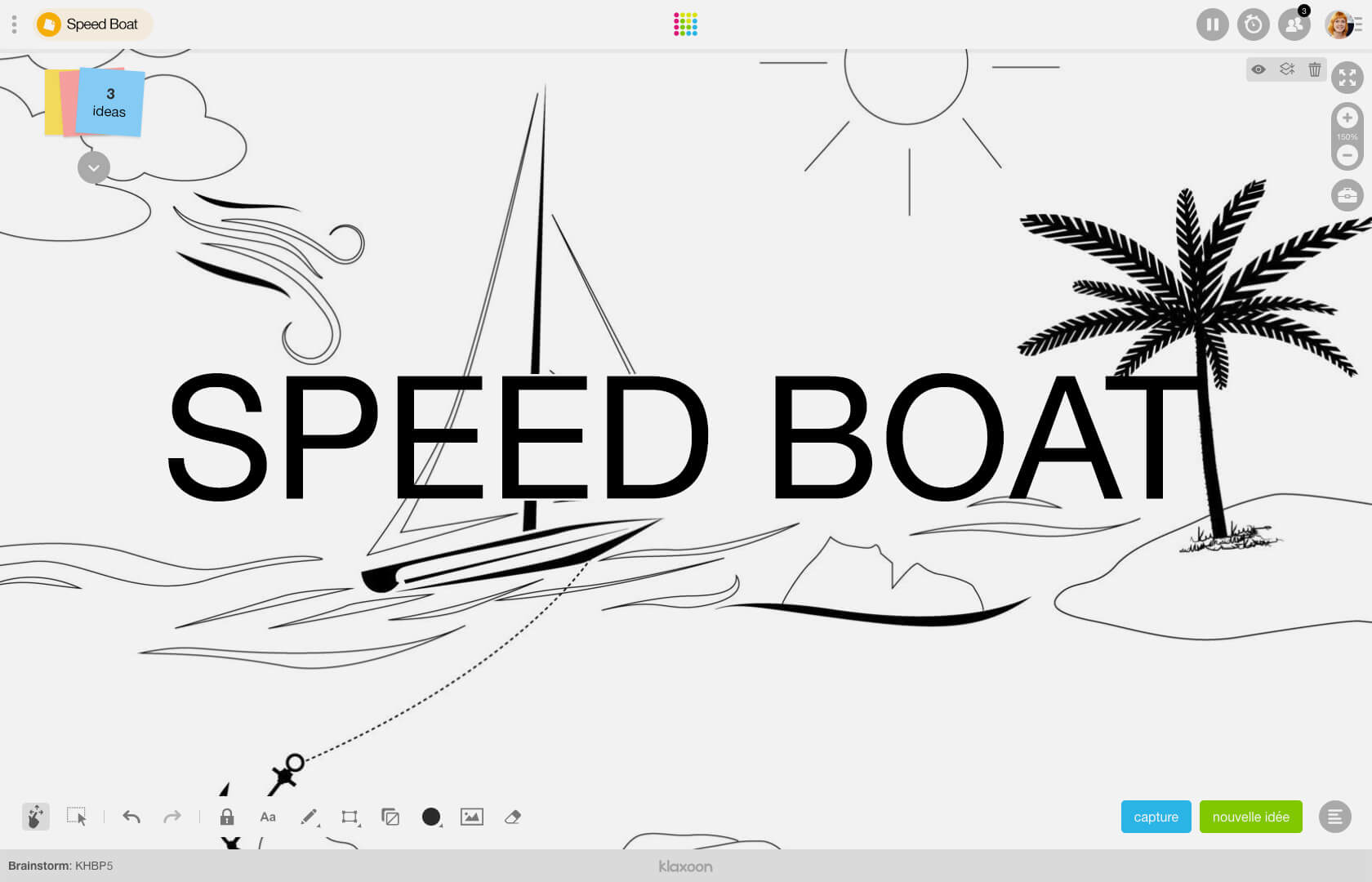 Communication between individuals constitutes one of the keys to ensuring successful agile teams. There are several exercises that are very easy to put in place to initiate, stimulate and maintain this communication. One of them is the "speed boat" exercise (or "agile boat" to be more general). If your team isn't yet familiar with this Innovation Game®, it's time for them to get on-board!

Brainstorming is a well-known way of working which helps collect the maximum number of ideas. 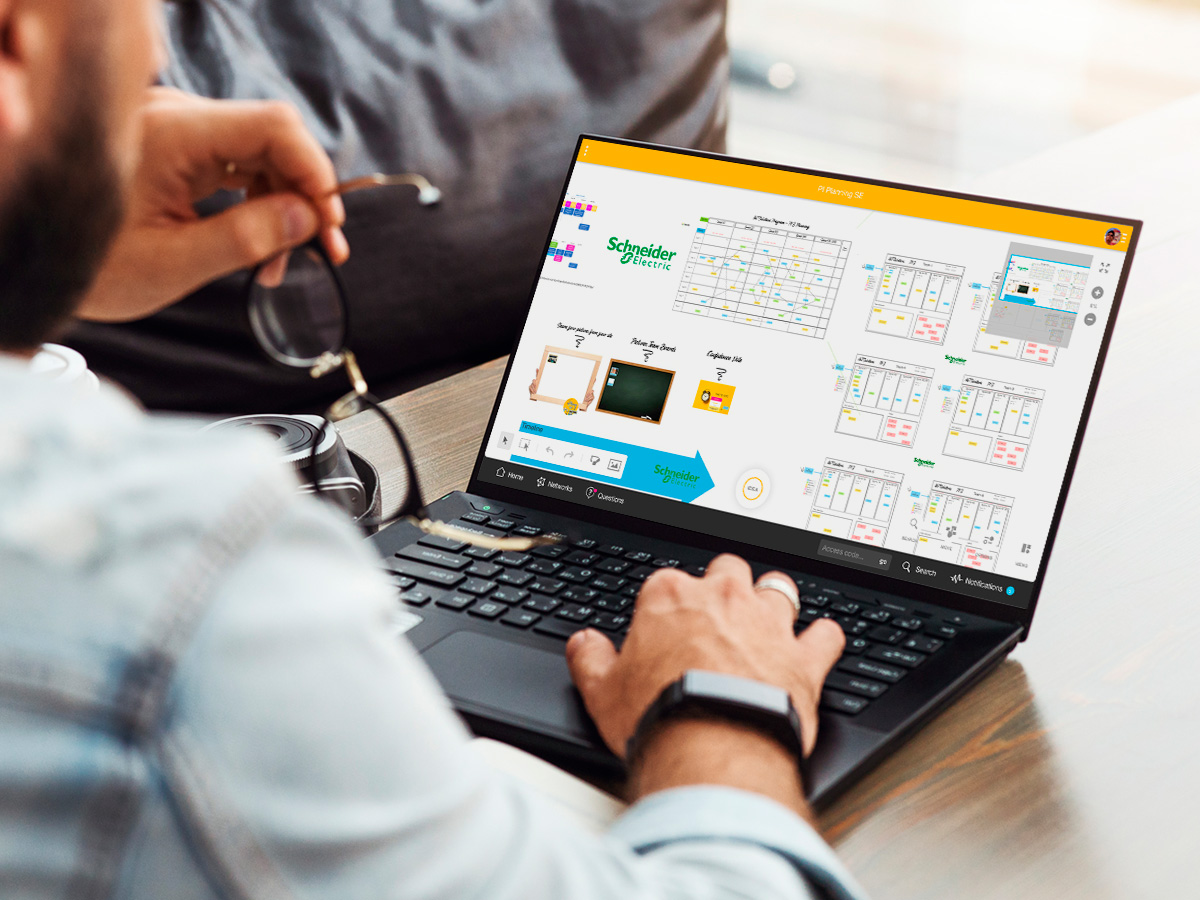 How to do PI Planning online?

Frédéric uses Brainstorm for his PI Planning to share a common vision on projects with the different teams. 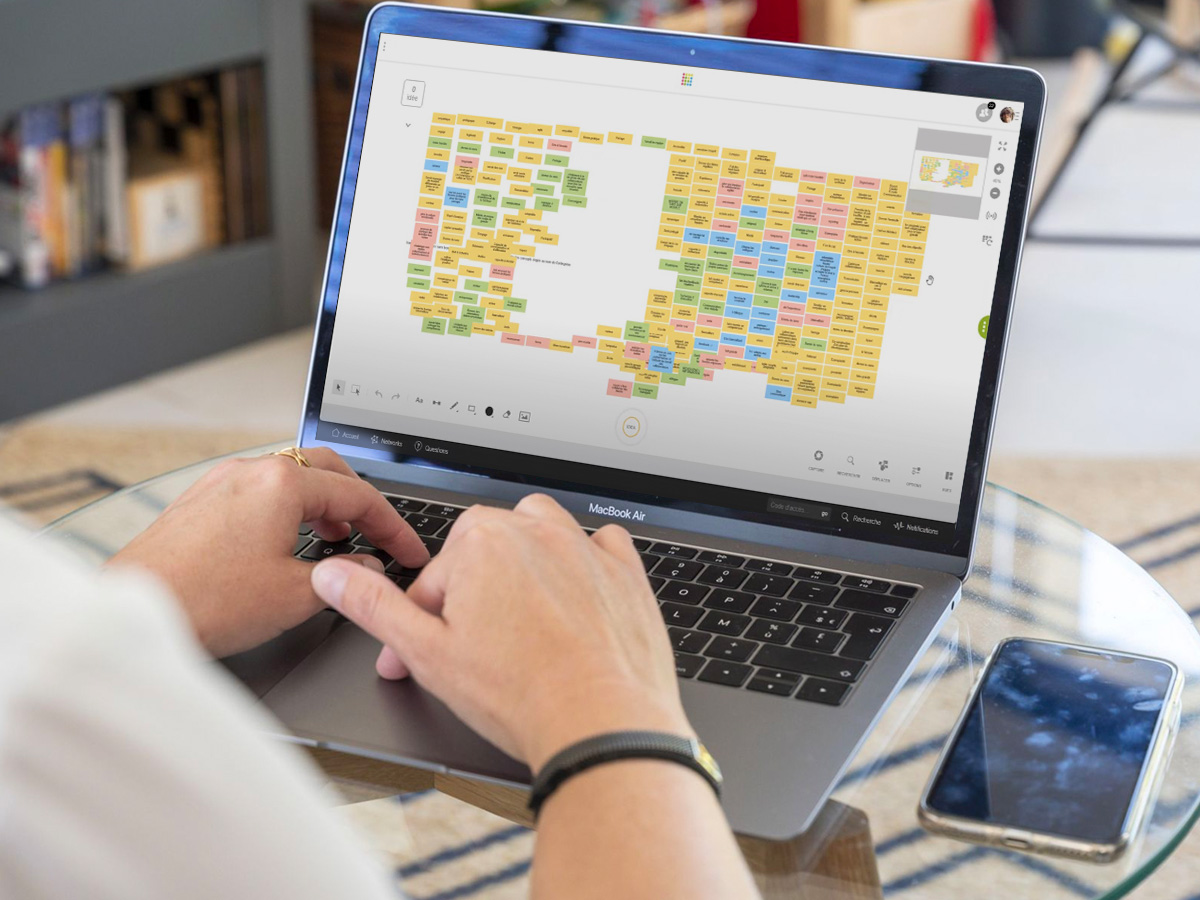 At BNP Paribas, Cécile determines the profiles of tomorrow's bankers with Klaxoon

With Klaxoon, Cécile facilitates brainstorming workshops to help the bank adapt to its new practices.